Now, this is different. A modernist Soviet hotel for sale in Vilnius, Lithuania that is remarkable for many reasons.

When this hotel was built in 1980, Lithuania was still part of the Soviet Union and this building is the kind of statement design you would expect of a high profile, post-war building in the region. As grand as it is futuristic.

The hotel, named simply ‘Guest House’ (which doesn’t help in finding any background information) was designed by Algimantas Alekna with no expense spared back in the day and is located in the ‘embassy’ area of the city and just on the edge of it, with a location hidden amongst the trees and not far from the waterway.

It was a stop-off for celebrities and politicians back in the day, with the likes of Mikhail Gorbachev, Richard Nixon, Lech Walęsa, the Queen of Denmark Margrethe II, spacewoman Valentina Tereshkova and the head of the Russian Orthodox church, Patriarch Alexy II listed as past guests, who might well have taken advantaqe of the ballroom, cinema and swimming pool within this place.

But times change fast, especially in this part of the world. The Soviet Union collapsed, Lithuania regained its independence and capitalism moved in. The hotel did survive, continuing towards the millennium, but it has apparently been mothballed for some time awaiting a new purpose.

According to the agent, the hotel could be used as a family residence (if you have a very large family), a foreign government building, some kind of institution or even a hospital. You could probably use it as some kind of retro hotel too. The photos we can see show that the glamour really hasn’t faded.

In fact, I’d say the stock of this one has almost certainly risen. With endless blogs and social media accounts featuring Soviet-era architecture, as well as plenty of books (just have a look at the Soviet section at Amazon), you can imagine this one being quite a successful boutique space for vacations.

The exterior is especially striking, especially for lovers of brutal concrete architecture. But the inside doesn’t follow suit. The elaborate doorway hints at the glamour within.

The amazing stairway with pillars hints at art deco, the wooden floors are just amazing and the volume of space within the public areas is breathtaking. Of course, I love all of those original light fittings too, which are pretty much impossible to replicate. Little touches too, like those metal stair rails, for example.

Sadly, we don’t see inside the rooms, but there is 3,781 sq. metres of space beyond the huge entertaining and public areas, which are still in place.

The first floor has a cinema, a swimming pool, and residential rooms designed ‘for the escort of high officials’. The second floor has two conference halls, described as a ‘big one and a small one’, a reception for ‘high ranking guests’, a study and bedrooms. There is a basement installed under the entire building, which sounds interesting, especially as so little is said about it.

There are 1,235 hectares outside, with everything fenced and is secured and with a ‘guard post’ at the entry gate. So privacy guaranteed, especially as the place is surrounded by pine trees and not far from the River Neris.

If you think this could be the ultimate grand design and a profitable business, the hotel is up for €5,200,000, although you will need a bit more to get it back up to scratch.

Tags: 1980s, 80s, Algimantas Alekna, architecture, brutalism, brutalist, classic, design, eighties, hotel, Lithuania, modenrnism, modernist, property, retro, sale, soviet, soviet union, style, Vilnius, vintage
Love WowHaus? If you enjoy what you read or have benefitted from it and want to help with the growing costs of the site, you can always Buy Me A Coffee. Every penny genuinely helps. 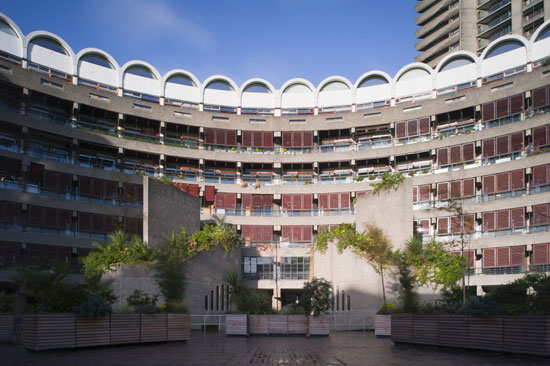 On the market: Apartment in Frobisher Crescent on the Chamberlin, Powell & Bon-designed Barbican Estate, London EC2 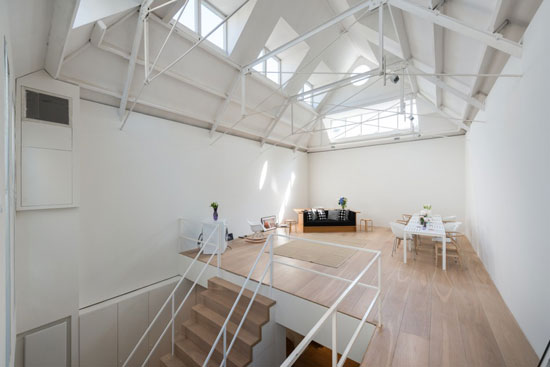 On the market: John Pawson-designed artist’s studio in London NW5 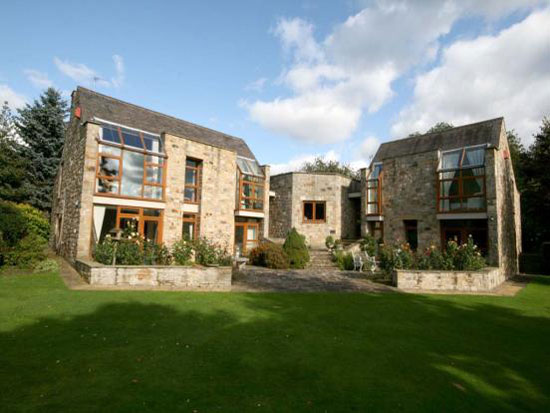