A chance to own an icon. Connell and Ward’s First Sun House in Amersham, Buckinghamshire is back on the market, with obvious appeal to anyone who loves early 20th-century modernism.

It has been up for sale in the past, both in 2013 and 2016, but it is always exciting to see one of these being on the market. If you are a fan of modernism of this era (as many of us are) then this is probably going to be high on your wish list.

You probably know the background to this one if you have any kind of interest in modern houses or the modern movement. The First Sun House is a Grade II-listed property and is one of a series of Sun Houses completed in 1935.

Each was designed by the renowned architectural partnership Connell and Ward, who were exponents of the modern movement in the early part of the 20th century, taking influence from the work of French master Le Corbusier. As the name suggests, this was the first of the Sun Houses constructed.

All are built on the slopes of arguably the most famous modern house of the era,  High And Over, which was also up for sale a few years ago. Details of that one here from the last listing if you haven’t encountered it before.

If you missed out on High and Over or your budget wouldn’t stretch to it. then this house may offer some consolation. It is every bit as striking and at first glance, barely changed since construction around 90 years ago. However, this certainly isn’t a time capsule of the era when you get inside.

The house was extensively updated a few years back, maintaining the integrity of the original design, but updating some of the features and details within. It was also effectively a second update.

When it went up for sale in 2013, the house had also been modernised, but the current owners look to have pulled back a little from that, creating something that mixes the functionality and comfort of 21st-century living with the original features buyers crave for this kind of house. No, it isn’t a 1930s house, but it still has plenty of 1930s character in place. And importantly, most of the Connell and Ward design inside and out still survives.

Essentially, it is now a much cleaner design compared to the previous update. Details such as the original windows have been restored, the open spaces are enhanced by the plain white finish and the doors are either original or in keeping. All good as far as I’m concerned.

But there is an extension (in keeping with the original build) that creates a new, larger kitchen opening out onto the entertaining space beyond. Some people might not like the contemporary finishes, but that’s purely personal taste. Most buyers would want to add their own spin on a house and if you want to go for something that’s more in keeping with the 1930s architecture, there is nothing to stop you.

At the end of the day, this is a premium house from the early part of the 20th century, one that has survived remarkably over the decades. A bright, open family home that still has the character of the original. With your own furnishings, fittings and artwork it should be a 1930s dream once more – if that’s what you want. Alternatively, just move in and enjoy a contemporary update of a modern icon.

In terms of the space, the accommodation is arranged over three levels, with the hallway opening onto an area with full height windows flooding both the hall and galleried landing with natural light.

The ‘spacious’ split-level living room is divided into zones and the (fairly) recent fitted kitchen/breakfast room has sliding doors opening onto a private south-facing patio for a spot of al-fresco dining when the weather favours you. Like now, for example.

There are three first-floor bedrooms including the master bedroom, again with a large full-length window, which is accessed from the galleried landing. The bedrooms share two bath/shower rooms.

The winding staircase continues to the second floor with a study or fourth bedroom (depending on your needs) along with a door opening onto the roof terrace and more of that entertaining space. Not also some wonderful views towards Old Amersham and the Misbourne Valley too. I can’t imagine anything better than being on that sun terrace on a day like today, with the sun beating down. Almost like having your own holiday getaway on the roof.

Outside of the house, you’ll find some well-maintained garden surrounding the house with parking also behind the secure gates, which in turn leads to the integral garage.

Fancy moving into the First Sun House in Amersham? I know I do. But sadly this one is out of my price range. If you like the idea of this Sun House, it is back on the market with a guide price of £1,199,000.

Note that the house is also listed with John Nash.

Tags: 1930s, 30s, Amersham, architecture, Buckinghamshire, classic, Connell and Ward, design, First Sun House, home, house, modern movement, modernism, modernist, property, real estate, retro, sale, style, Sun House, thirties, vintage
Love WowHaus? If you enjoy what you read or have benefitted from it and want to help with the growing costs of the site, you can always Buy Me A Coffee. Every penny genuinely helps. 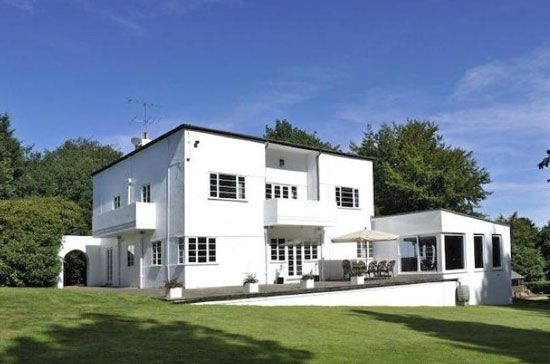 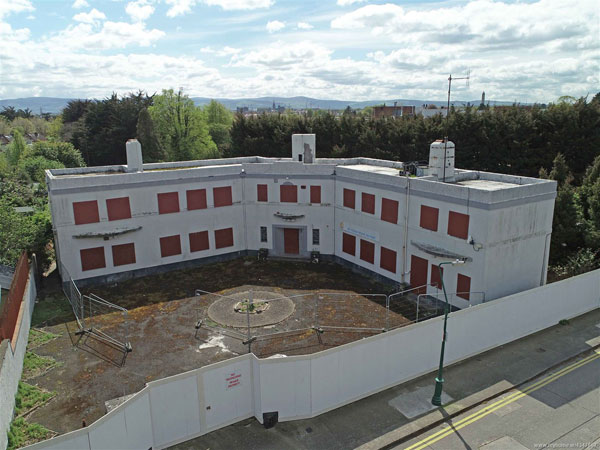 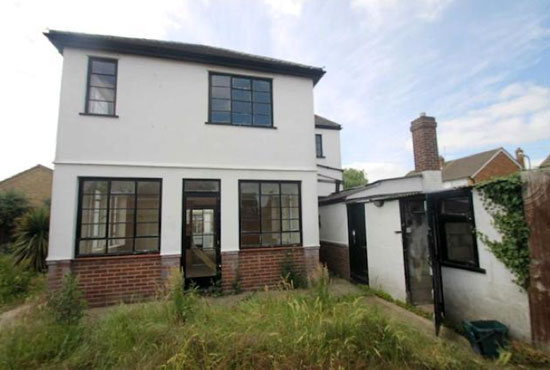 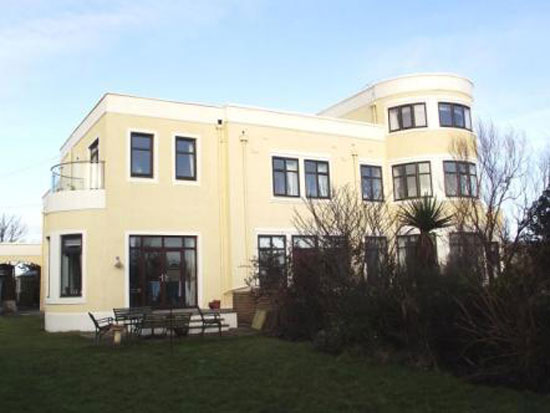 One Response to “Connell and Ward’s First Sun House in Amersham, Buckinghamshire”