A house of some substance, but one in need of some work. This 1960s modern renovation project in Sevenoaks, Kent is up for sale.

It was designed by its architect owner (sadly unnamed) back in 1964 with the aim of maximising the views across the southern aspect. You can see it was ‘job done’ on that front.

A substantial place too, covering around 3,473 sq. ft. and looking at it, a place that was subject to a good amount of investment all those years ago. In fact, a number of them are still in place.

The architecture itself is interesting. You might notice a butterfly roof on this one, and of course, all that glazing overlooking the garden. A stark contrast to the more subdued frontage of the house. Plenty going on in that garden as well, but I’ll come to that later.

But first let’s look at that interior, which has been updated in places, but still retains the majority of its original details. Although it is worth noting that the house was extended in the 1970s. Looking at the rear-view photos, I think you might be able to guess where.

A look around the inside shows the wooden floors, wood-clad walls and ceilings, stone details, feature staircase, some original lighting and original fitted units to name just a few things.

But it isn’t perfect. Some more recent additions are in place, including the kitchen and a double-glazed porch (and possibly front door) judging by the photos. But nothing that’s a deal-breaker. A tidy up, making the best for the original details, the right kitchen, a rethink on the porch and you could have something very special and substantial, with plenty of character.

As for the layout, the ground floor is described as a ‘restricted open plan’, with doors opening between rooms to ‘ensure a flow through the house’.

An internal porch leads to the main hallway with downstairs WC, storage and stairs to the first floor. Beyond that is the ‘generous’ living space includes a triple-aspect sitting room with feature Kent ragstone wall between two floor-to-ceiling windows and a corner fireplace.

The fitted kitchen is at the front of the house with an opening to the dining room and an adjoining utility room with pantry-style cupboard. That later extension has created a second sitting room, a dual-aspect studio room which has its own terrace and a bedroom. According to the agent, this part of the house could be ‘sectioned off’ to create an annexe, as there are a downstairs shower room and separate entrance to the front.

The garden can be accessed from the sunroom, sitting room and by the shower room, which leads to the pool, the garage and the storeroom.

Stairs lead up from the main hallway to the first-floor landing, off which there are five bedrooms and two bathrooms. Three of the bedrooms enjoy views over the main rear garden with large windows and low window sills to enhance the views. All have built-in storage cupboards too.

I have touched on the outside space already, but this is a 0.65-acre plot, with a driveway with parking for several cars and access to the garage at the front and a considerable rear garden.

That rear garden is mainly laid to lawn with mature trees and bushes plus a terrace directly from the sitting room and sunroom. I mentioned the swimming pool with ragstone paving, but there is also a Japanese garden and a curved stone seat in a ‘tucked away’ area.

The location is probably a selling point too, with the house on what’s described as a ‘private road’ with only nine houses, in the heart of Chipstead village, winner of the ‘Best Kept Village in Kent’ award several times. Sevenoaks station and its line to London is just a couple of minutes away.

That location and the size of the house and plot means this isn’t a cheap option, even allowing for the work required. You are looking at an asking price of £1,100,000.

Tags: 1960s, 60s, architecture, classic, design, home, house, Kent, midcentury modern, modern house, modernism, modernist, property, renovation project, retro, sale, Sevenoaks, sixties, style, vintage
Love WowHaus? If you enjoy what you read or have benefitted from it and want to help with the growing costs of the site, you can always Buy Me A Coffee. Every penny genuinely helps. 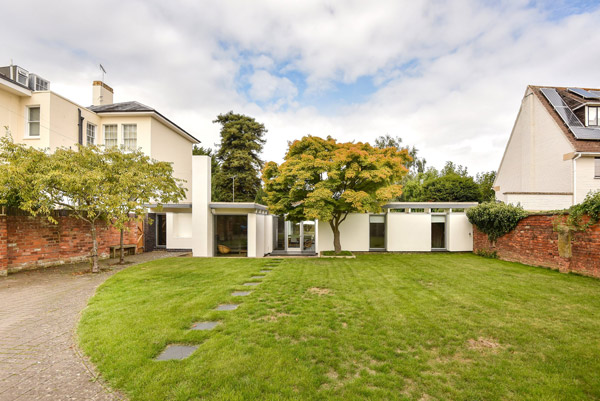 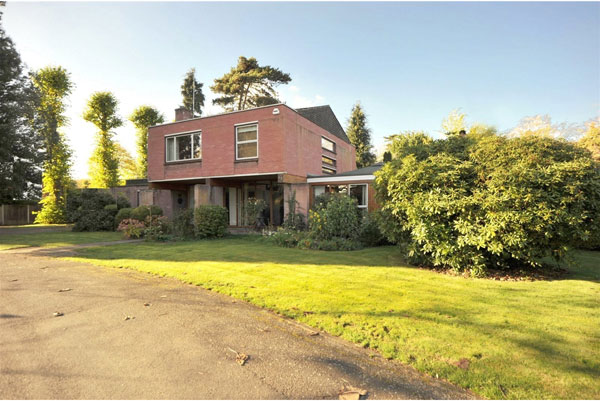 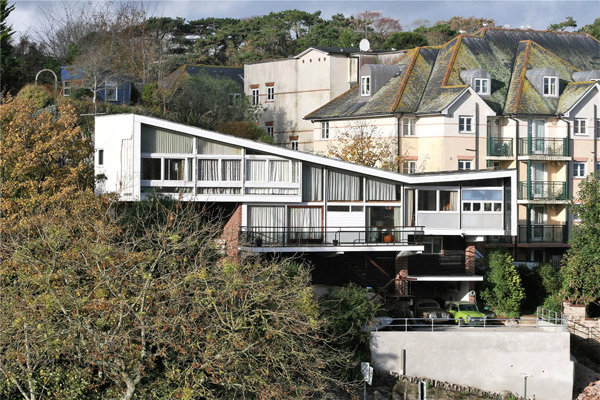 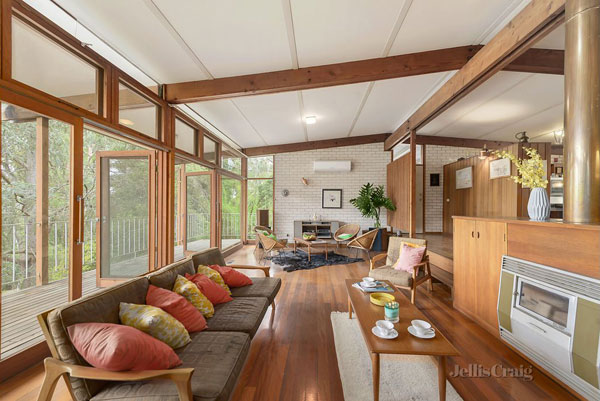