It looks more California than the north of the UK from some angles, but this is a 1960s Bill Bradshaw midcentury modern property in Scriven, Yorkshire, which is now on the market for the first time in decades.

It is known as Gamel House and was built back in 1967 to a design by architect Bill Bradshaw for his own use. The house took inspiration from midcentury modern houses of the era (and earlier) whilst at the same time attempting to fit into the village setting, rather than stand out from it. Think Case Study House meets traditional Yorkshire setting – in a good way.

The result is what you see here. A house that’s a modernist statement, but with references to traditional housebuilding in the area too. It shouldn’t necessarily work, but it does. In fact, it caused something of a stir back in the day and was featured in Ideal Home magazine back in the 1960s.

Has it changed? Well, yes it has. The current owners, who have had the house since the 1980s, have added a small extension and looking around, there are some updates here and there. But the house is still pretty faithful to the architect’s vision and the extension fits in well with the original architecture.

It’s something of a tribute to the midcentury modern era inside. The current owner worked at Heal’s in the 1950s and 1960s and obviously developed a love of design from that time. The place is packed with iconic design pieces, which really do bring this one to life. And no, they don’t come as part of the deal, as far as I know.

But what you do get is some country living and a wonderful setting, with glazing on three sides of the house to take in your surroundings. Oh yes, you get a pretty cool house too, with plenty of retro finishes, such as timber, exposed brick and those lovely beams. Those coloured panels on the exterior are rather eye-catching too.

As for the accommodation, that starts with a substantial reception hall, leading into a spacious living room with floor to ceiling windows on three sides to frame those views. The living room also a wood burning stove.

Adjacent to that is the kitchen, which looks like a more recent update, but with a modernist look that fits in with the property well. Pretty much everything you would want of a kitchen is here. Along from that is a dining area overlooking the terrace and pond.

Head up to the first floor and there are two further bedrooms, one of which is the master bedroom with access to a large roof terrace, an area for clothes storage and an en-suite bathroom. A further bedroom is at the other end of this floor and completes the internal layout.

In terms of the outside, you get a private graveled driveway, a large garage, a private terrace and pond and the ‘extensive’ garden, which is mostly laid to lawn with mature trees, bushes, and shrubs. Beyond that is Jacob Smith Park, so a great setting all told.

If you don’t know the location, it’s a short walk from the historic market town of Knaresborough and is around 3 miles from Harrogate and 15 miles from York. So quite well located.

Tags: 1960s, 60s, architecture, Bill Bradshaw, classic, design, home, house, Knaresborough, midcentury modern, modernism, North Yorkshire, property, retro, sale. sixties, Scriven, style, vintage, Yorkshire
Love WowHaus? If you enjoy what you read or have benefitted from it and want to help with the growing costs of the site, you can always Buy Me A Coffee. Every penny genuinely helps. 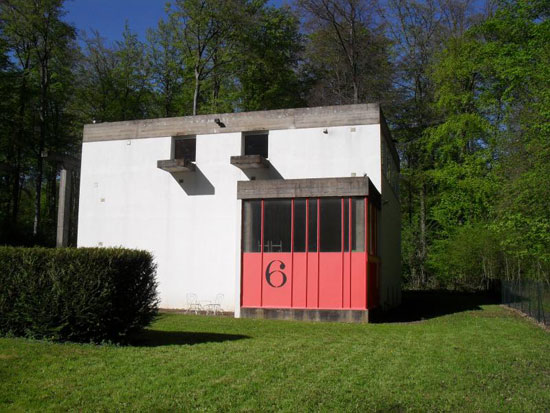 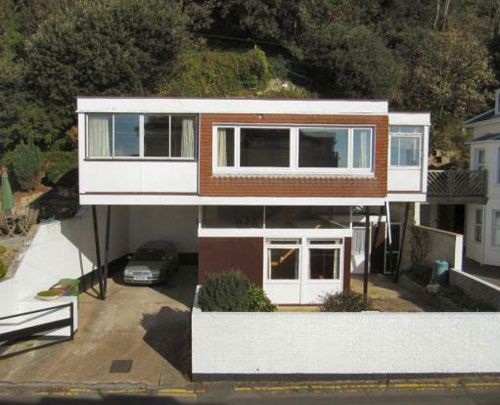 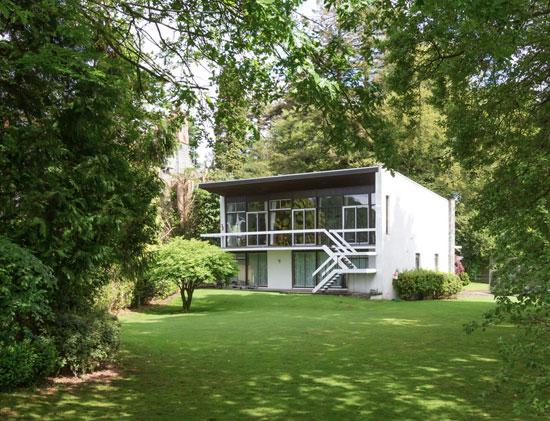 On the market: Sarnico 1960s modernist property in Windermere, Cumbria 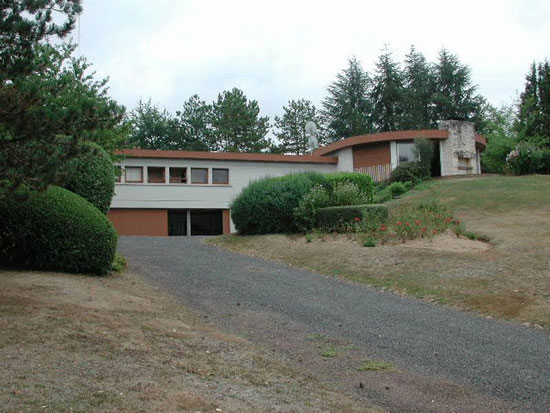