I do love the work of this particular architect, so always good to see a new one coming up for sale. This time it’s a 1960s Royston Summers North Several modernist property in London SE3.

As you probably know, Royston Summers is perhaps best known for those amazing lakeside properties in Esher, Surrey, which have featured numerous times on these pages. But this group of houses are also very desirable too. We featured one to let a while back (which may well have been this one, as it looks rather familiar inside) and one came up for sale back in 2015. So not regulars on the market and always popular when they do. The latter made it into our top 30 modernist London finds.

But let’s focus on the one here, which is one unit from from the award winning North Several development from the late 1960s, which sits next to the open greenery of Blackheath.

This is one of seven distinctive modernist houses within that development, said to have been built ‘to the highest of standards’ for its original group of owners and designed to take full advantage of the nearby heath. The one for sale here was originally owned by noted playwright and novelist Michael Frayn, should you be interested.

The glass, concrete and brick construction, along with the open-plan living spaces are obviously of their era. But the design has really some full circle, with these kind of light, open spaces being very desirable in the 21st century too. If only today’s new builds has the same look and feel.

The house, which is at the end of the main terrace, is arranged over three floors, with floor to ceiling windows framing some wonderful view of the heath plus Canary Wharf and Greenwich Park beyond. As you might have guessed, it has also been renovated but ‘without compromising the architect’s original design aesthetic’.

That’s a fair point too. Yes, this is a modern home, but there is so much detail from its 1960s past still in place, from the staircase and windows through to the wood finishes on the walls and the built-in units. It is a dream of a place.

Once inside, you will see a dual-aspect / L-shaped main living on the first floor, making the most of the views. Currently it is broken down into a large seating area with open fire, a reading area with a built-in desk unit, and a dining area with access to a balcony overlooking the communal gardens. A kitchen is just off here, complete with the original mottled-glass breakfast bar.

The top floor has two double bedrooms and the main bathroom. The master bedroom ‘spans the width of the house’ and again has views of the heath. One half of the room is a dressing area with built-in dressing table and original vintage wardrobes that match the panelled walls. The bedroom at the front also spans the width of the house and is currently used as a study and sitting room / snug space.

The house has two entrances – the main entrance into the ‘spacious’ lobby area featuring the eye-catching maple staircase, and the other directly into a ‘tranquil’ garden room which looks out onto a statue by Gerda Rubinstein called ‘Party Girl’. The entrance lobby also leads to the second bathroom and integrated garage with utility.

Finally, there is off-street parking for two cars ‘discreetly positioned’ in front of the house.

Tags: 1960s, 60s, architecture, Blackheath, classic, design, home, house, london, modernism, modernist, North Several, property, retro, Royston Summers, sale, SE3, sixties, style, vintage
Love WowHaus? If you enjoy what you read or have benefitted from it and want to help with the growing costs of the site, you can always Buy Me A Coffee. Every penny genuinely helps. 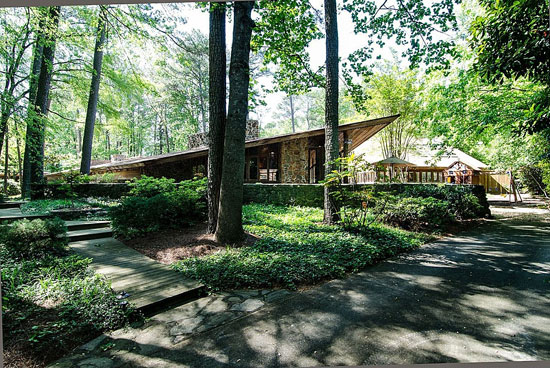 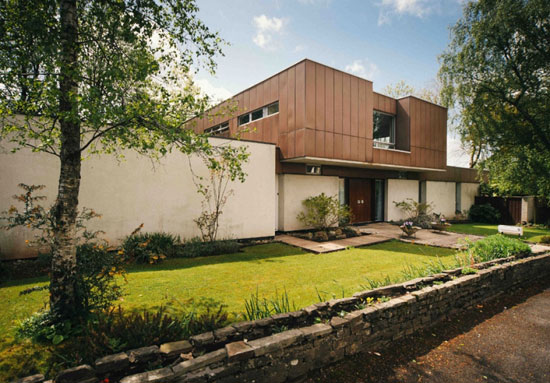 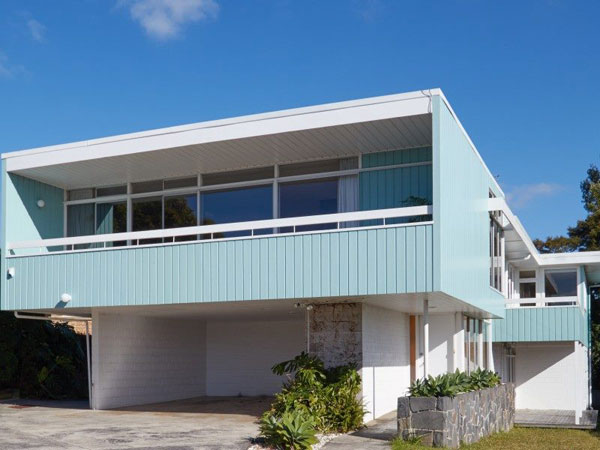 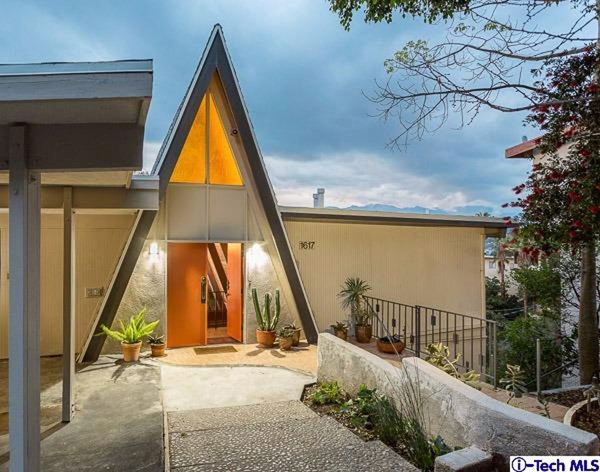