From the outside, this 1960s grade II-listed Debden Hollow modernist property in Barford, near Warwick, Warwickshire is stunning. But all is not what it seems.

Designed by local architect Robert Harvey in 1969 and taking inspiration from Frank Lloyd Wright, the house has obviously undergone extensive renovation and some extending in recent years. The listing doesn’t show enough inside shots to give us an idea of just how much it has changed. But it looks to have that ‘blank canvas’ finish you would expect from a contemporary build.

But the exterior – wow. The house is actually built into a hill and the centre of its plot, offering countryside views with the addition of a river running along its boundary, at the bottom of the bank. You also have established trees and shrubs, which offer much privacy, should you require it.

As for that interior, it seems to be high end, to say the least, with mentions of under floor heating in the new extension and sensory lighting in the bedrooms for example. The kitchen looks pretty cutting edge too.

As for the space itself, reception space includes a drawing room with Riva 76 cassette wood burning fireplace and bi-folding doors, leading onto a terrace and a sitting room with open fireplace. That also links through into a kitchen/breakfast room with bespoke kitchen units and modern appliances. A balcony wraps around the kitchen and sitting room to take in those views.

Stairs lead down to a utility room/kitchen with fitted units, oven, hob and space for washing machine and tumble drier. There is also external access to this space, which also includes a bedroom and shower room on the same level – so could be guest accommodation.

Also present inside are two further bedrooms, both with en-suite bath/shower rooms and one with a dressing room, a further bedroom/study and separate shower room and outside, a triple garage, a stone built coach house (believed to be the old fire station) and a row of four timber-built stables (in need of repair).

So space is certainly not an issue. The mix of old and new might be, dependent on your personal tastes. The asking price of this place is £1,650,000.

Tags: 1960s, 60s, architecture, Barford, classic, Debden Hollow, design, frank lloyd wright, Grade II, home, house, modernist, property, retro, Robert Harvey, sale, sixties, style, vintage, Warwick, Warwickshire
Love WowHaus? If you enjoy what you read or have benefitted from it and want to help with the growing costs of the site, you can always Buy Me A Coffee. Every penny genuinely helps. 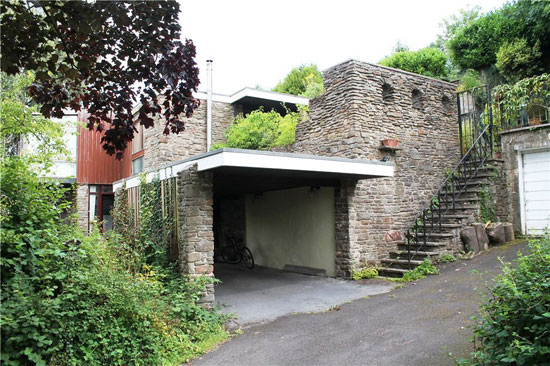 On the market: Space One 1960s modernist property in Clapton in Gordano, North Somerset 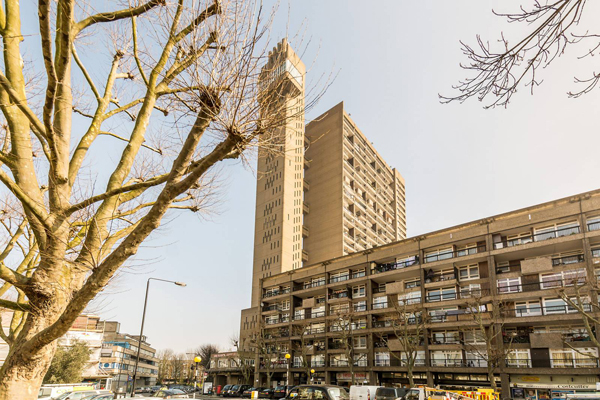 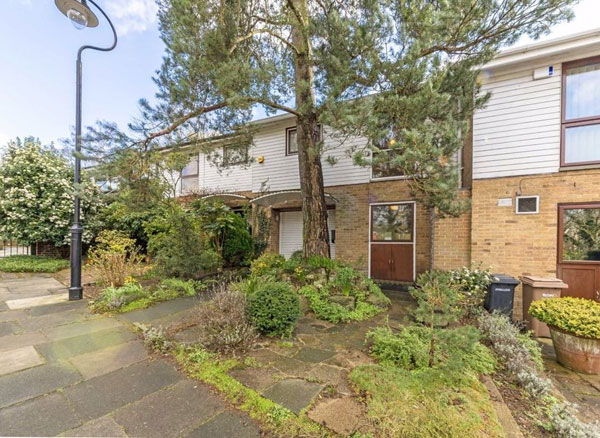 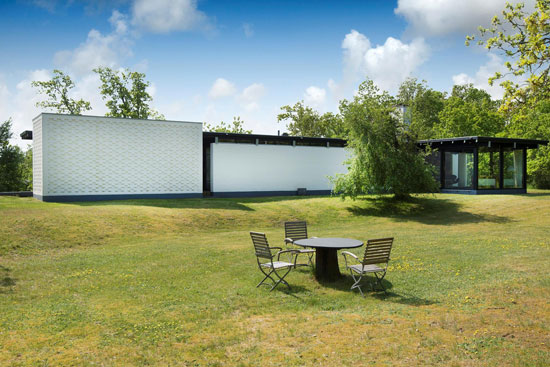