Updated, but still a very appealing 1960s modernist house in West Byfleet, Surrey. Not least because of the added space.

I do wonder if the house is this one that was up for sale back in 2010. It looks similar, but it is worth noting that the house is part of a group of similar designs dating back to the early 1960s. So might be, might not. If it is the same, it has been in the receiving end of a lot of work over the last nine years or so.

Work in a good way too. All too often I see renovated houses with the character sucked out of them. The ones that don’t make it onto these pages. Not so with this one.

Outside of the modern extension (more on that in a moment), the house retains the original painted-brick lower portion and timber-clad upper of the 1960s. Plenty to love inside on that front too.

Of course, the interior has been restored, but original details are still in place and modern touches are of the retro variety, very much in keeping with the original era of the house. It’s a lovely combination.

So original exposed brick walls, parquet flooring and an open-tread staircase, as well as some (almost) full-height windows and an original brick fireplace to name just some of the 1960s details.

But enhanced with some retro floor tiling, plenty of retro/vintage furnishings and a colour scheme that also works well with a house of this period.

Yes, the kitchen and bathroom are modern (as you would expect), but the character of this 1960s house is very much intact. Love the artwork too, not that any of it will be staying.

But there is one very notable modern addition that’s hard to overlook. That’s a recent glazed atrium extension within the footprint of the former car-port. Personally I like it and let’s be honest, a car-port isn’t really going to be missed, especially when there is still room to park three cars.

In fact, head up the gravel driveway with room for those cars and you enter the house via a ‘full-height self-sealing front door’, taking you into an atrium with Moroccan-tiled flooring and underfloor heating.

To the left of you is the utility room with access to a large garden store, and ahead is a study which could be used as a fifth bedroom if you don’t tend to work at home.

To the right is what’s described as an ‘expansive open-plan kitchen/dining room and drawing room’, which has its original wood-block flooring throughout, along with a couple of external doors.

An open-tread oak staircase takes you to the first floor. On the upper level are four bedrooms, three of which have built-in wardrobes. There’s also a family bathroom and a separate WC. Note that the master bedroom has an en-suite shower room and is linked to the smallest of the bedrooms via a sheltered balcony.

As for outside space, that’s been covered in terms of the front of the house, with the rear offering a decked terrace with lawn garden beyond, as well as a glass-fronted, insulated studio/office with electricity. Yes, more home working space, which is a huge plus for me.

Images and details courtesy of the Modern House. For more details and to make an enquiry, please visit the website.

Tags: 1960s, 60s, architecture, classic, design, home, house, midcentury, midcentury modern, modernism, modernist, property, retro, sale, sixties, style, Surrey, vintage, West Byfleet
Love WowHaus? If you enjoy what you read or have benefitted from it and want to help with the growing costs of the site, you can always Buy Me A Coffee. Every penny genuinely helps. 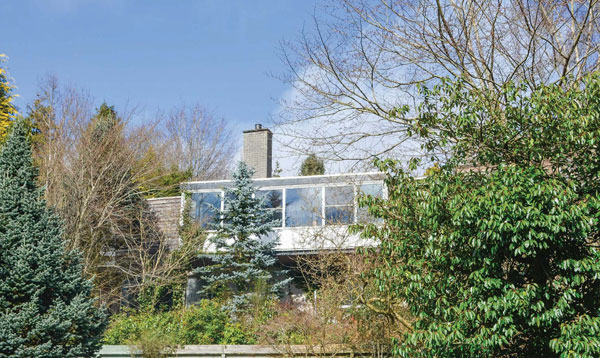 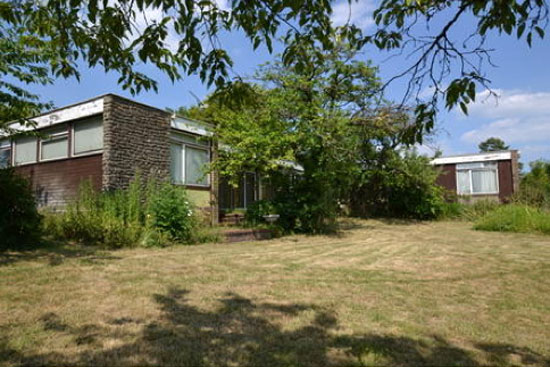 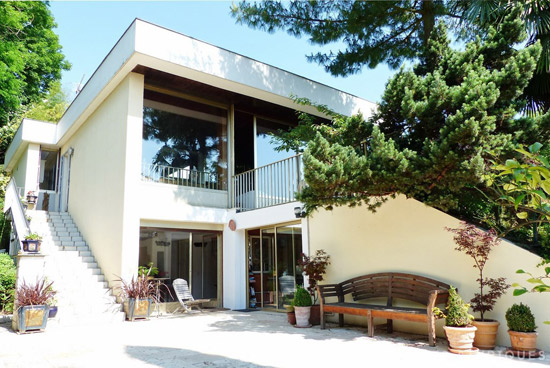 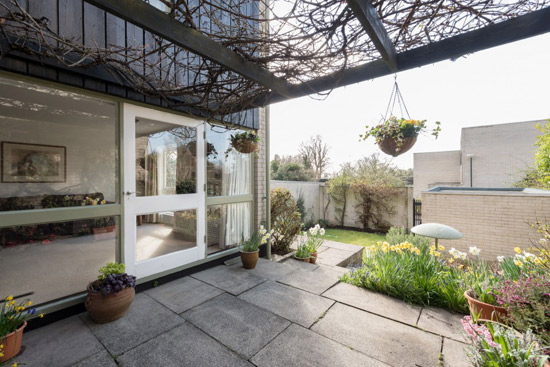 On the market: 1960s property on the Eric Lyons-designed Cedar Chase estate in Taplow, Buckinghamshire