Love the interior and the views from this apartment in the 1930s Wells Coates Embassy Court building in Brighton, East Sussex.

I don’t feature a lot of apartments because I sometimes feel a little limited in what I can write about them. Most are modest in size and although interesting from a historical perspective, it’s hard to write too much from a design viewpoint.

But some are worth my time and this is most certainly one such case. You will find it in the Grade II*-listed Embassy Court, which was designed by noted architect Wells Coates back in 1936.

Not a lot of Wells Coates buildings are still standing in the UK, so the ones that are should be celebrated as significant examples of pre-war British modernism. Of course, the Isokon Building tends to get the plaudits, but let’s not forget about Embassy Court.

How can you? It’s a Brighton landmark, standing proud in white and all the better for its comprehensive refurbishment in 2006, which was the work of Sir Terence Conran’s practice.

According to the agent, that work ‘re-associated the apartments with the elegance and high-class living for which they were renowned during their early years’. But this apartment stands out a little more than most.

It offers 560 sq. ft. of living space and of course, city views from its fourth-floor location. But there’s to this than just space and views. It’s all about the finish.

This one has been ‘extensively and sympathetically restored’ by the current owners, mixing original finishes with bespoke touches and an overall design that’s clean, cool and hip. A vintage apartment for the modern era.

You can access the fourth-floor apartment from a balcony via a lift or an external staircase. On entering, you’ll be greeted by the ‘bright’ hall with herringbone parquet flooring carrying through the ‘central spine’ of the apartment.

To left is the guest bedroom and to the right, a ‘well-sized’ bathroom with an original obscured glass partition. Amazingly, that was rediscovered behind plasterboard during renovations. Sometimes boxing in isn’t such a bad thing.

To the other side of the partition is a home office/dressing room with bespoke cabinetry, brightened up by both east and west-facing light.

Further along is the main bedroom, which has its own balcony, as does the ‘generous’ living room. But neither of those spaces are the ones that first caught my eye, That’s the kitchen.

Specifically, a bespoke galley kitchen, designed by renowned furniture maker Matthew Burt. Modest in size (like all kitchens in 1930s buildings), this one has been created with an eye on authenticity. A new layout in wood, it could easily pass as a period original. But at the same time, it’s a functional space for the 21st century.

If you want to take in the surroundings, you can also head up to the communal sun deck on the top floor of the building, which offers sweeping views of the Brighton promenade and the expanse of the English Channel. A massive selling point.

As is the location, which is just seconds from the beach and not far from all of Brighton’s famed sights and hotspots.

Of course, there is a service charge for the building, details of which you can find on the agent’s site. An asking price too, which is £375,000.

Tags: 1930s, 30s, apartment, Brighton, classic, East Sussex, Embassy Court, flat, grade II-listed, modernism, modernist, retro, thirties, vintage, Wells Coates
Love WowHaus? If you enjoy what you read or have benefitted from it and want to help with the growing costs of the site, you can always Buy Me A Coffee. Every penny genuinely helps. 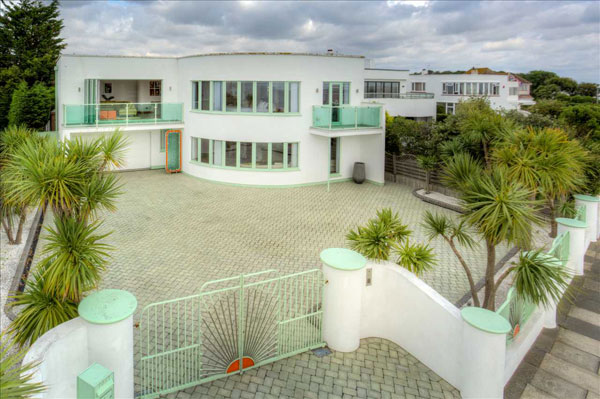 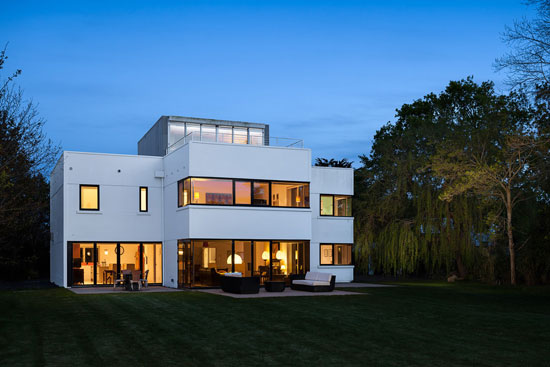 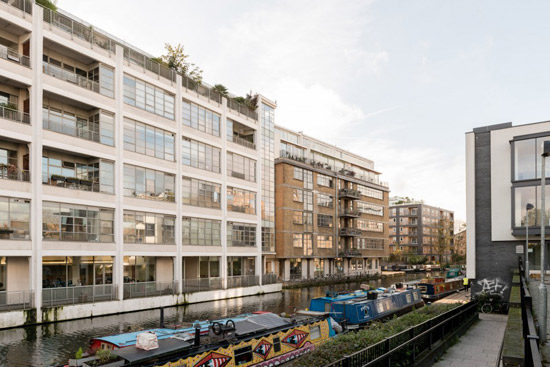 On the market: Apartment in the Child Graddon Lewis-designed Canal Building in London N1 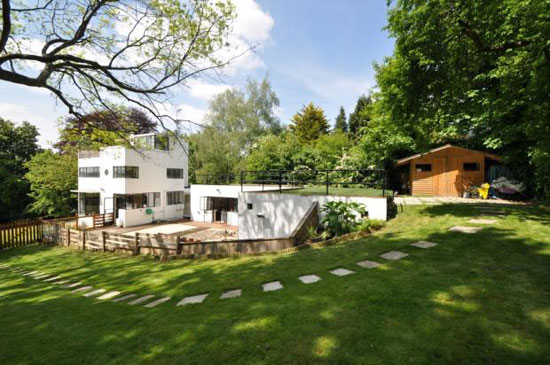