The first in my new series of Our WowHaus features is Adam and Alex’s wonderful 1960s The Bookends modern house in Brighton, East Sussex.

The house, as you might have noticed, is one of a pair of houses called The Bookends. I think the reason behind that is fairly self-explanatory and the concept rather unusual.

Each one of The Bookends mirrors the other. That’s the impressive part in 2021 as either house could have been radically updated at any point since the late 1960s. Thankfully, the owners of both houses have realised the merit of keeping the originality and authenticity of the 1960s design, although each differs slightly in 2021 in terms of the finish if you look closely.

The originality is likely down to each having just a few owners over the years. Adam and Alex’s house has had just two owners prior to it being purchased, with the previous owner making it their home for 40 years. I can only assume a similar situation with the partner house. Of course, it doesn’t have to be identical inside, but Adam and Alex have gone to great effort to sympathetically update a house that was in need of some work when they moved in.

So why did they fall for this particular house?

‘The first thing that appealed to us was the shape of the house. It was so unique, so eye-catching, so fantastic!’

‘We were aware of the houses and their location, but we never thought they would be up for sale. As a pair, they complement each other brilliantly. We’d been looking at properties in Brighton for six months and found none that excited us as much as this house did. We fell in love immediately and knew that this was ‘the one’.’

But it wasn’t quite the finished product at the time. ‘The house had been owned by a family who had lived there for forty years (they were the second owner). Structurally, it was in excellent order, but cosmetically it was tired. It needed a major internal facelift. We removed the extensive tongue and groove that covered a number of walls downstairs because it was too dark and a little oppressive. ‘

The kitchen was replaced and a wall taken out where the breakfast bar is now, resulting in the space now flowing better into the lounge.

‘As we had the original folding doors, we knew we could still shut the space off when required’.

Other adjustments were made to double the size of the upstairs bathroom and to add another bedroom upstairs by utilising space on the landing at the front of the house. That’s currently being used as a study.

Original features were also protected. According to Adam: ‘The downstairs bathroom had the original tiles. Their colour, shape and quality are magnificent and we were determined to keep them. There was a pink sunken steel bath in situ which was off-putting so we had it removed and the subsequent hole filled in. The builders were under strict instructions not to damage any tiles whilst carrying out the work and they did a fantastic job. Not a single tile was broken!’

Some of the original tongue and groove ceiling was kept (but painted), original parquet flooring is still in place and as mentioned earlier, the original folding doors are still being used.

In terms of additions, the couple painted the balcony rails on the front of the house yellow to differentiate it from its ‘partner’, the stairs were opened up and painted in bold shades and the front door replaced. Beyond that, it’s all down to personal taste in terms of finishes and furnishings. I love the use of quirky signage in here too.

With all the work now completed, I asked Adam and Alex what they loved most about the house.

‘So many things! We still love the uniqueness of the shape. The house still makes us smile. Size-wise, it is ideal for us inside. There is three of us and it fits us perfectly.’

‘We love that we have been able to keep some original features whilst, at the same time, put our own spin on things. We have tried to compliment the white internal base with splashes of colour, either with paint or with objects that we adore.’

They describe it as there ‘forever home’, which doesn’t come as a surprise.

‘In fact, when we were in the process of trying to buy it, we wrote a letter to the vendors to tell them how much we loved their house. We told them, sincerely, that we weren’t going to ‘flip’ the house (it sits on a generous plot) or abuse the external aesthetic. We said we wanted somewhere where our family could grow up in. We said we wanted it as our home.’

As a final thought, Adam and Alex offered up some advice for anyone taking on a similar project.

‘My dad gave me one piece of advice just before we moved in. He said to live in the house for six months before starting any work so you really get to know it. And he was so right.

Even though we knew we would change things, having breathing space to use the house, to find what did work and what didn’t, was invaluable. It was the little details like finding where the sockets are located in each room if there are enough of them and are they located in the best places. These things matter as much as the larger design decisions.’

Huge thanks to Adam and Alex for offering The Bookends modern house in Brighton as the first house to feature in the ‘Our WowHaus’ slot. I can’t thank them enough for their help and co-operation.

If you want to feature, please get in touch with me at the site and we can talk it through.

Tags: 1960s, 60s, arhitecture, Brighton, classic, East Sussex, house, midcentury modern, modern house, modernism, modernist, our wowhaus, property, real estate, retro, sixties, The Bookends, vintage
Love WowHaus? If you enjoy what you read or have benefitted from it and want to help with the growing costs of the site, you can always Buy Me A Coffee. Every penny genuinely helps. 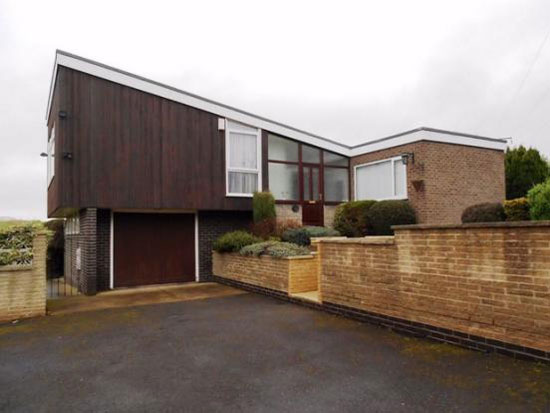 On the market: 1960s four-bedroom property in Barnsley, South Yorkshire 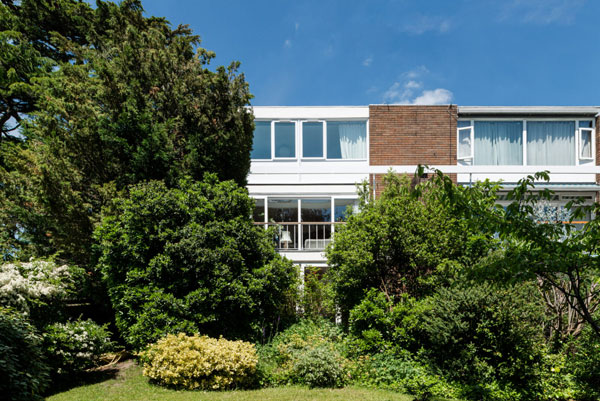 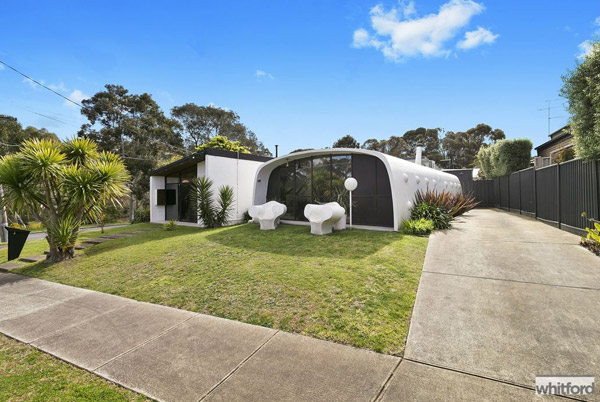 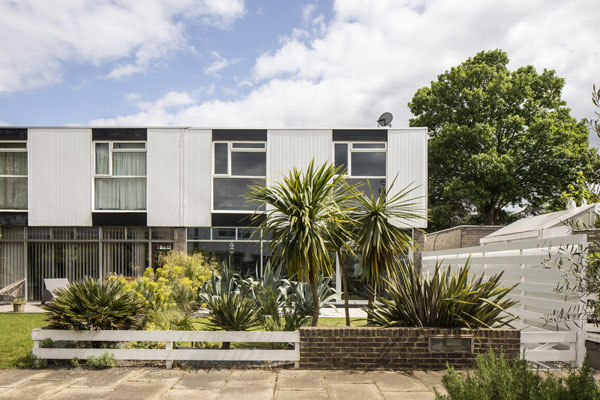