Something of a time capsule, this 1960s modern house in Parbold, Lancashire is just on the market and packed with potential.

It’s an interesting one too, especially with so few modern houses coming up in this part of the world. But this one looks to be amongst other similar builds, all of which are said to be on ‘one of Parbold’s most coveted lanes’ in the heart of the village. I’m pretty sure Parbold is on the train line between Southport and Manchester too, so a little rural, but definitely not out of the way.

The house likely dates back to the 1960s and hasn’t been on the market previously. You might have guessed that by looking at the photos. This is largely untouched since that era and the lack of updating since the 1960s is perhaps its key selling point.

Well, one of two selling points. The design itself is individual, nestling into a sloping landscape and very much of the mid-20th century. It has the basis of being something special in the 21st century too.

Yes, it needs some work. That’s undeniable. But perhaps less than the ‘extensive modernisation’ pitched by the agent. There are plenty of period details here to treasure and to preserve to create a special house for the modern era. But it will need someone getting in there before another buyer guts the houses and turns it into something bland and forgettable.

Saying that it might need a rethink in places and some parts might not be classed as family-friendly. Yes, I am talking about the staircase, as well as the steps up to the front door.

But on the plus side, the full-height glazing, the fireplace, the light fittings, the seating, the storage, the original finishes and so much more. Yes, a couple of updates here and there, but you do have to look closely to spot them. Functional updates in general. Little of substance. This is someone’s dream 1960s pad with just the right amount of renovation.

The house is set well back from the road in an elevated position and designed with bedrooms on the ground floor and living space on the top to take advantage of the views.

The main entrance is underneath that elevated/cantilevered lounge, just past an extensive driveway and front garden. Once inside, the hallway has access to three good-sized double bedrooms all with fitted wardrobes. There is also a family bathroom and a boiler room on this floor.

The split-level staircase leads initially to a utility room and storage and then upstairs to the main open-plan living area which extends to over 34ft. There is a wall of picture windows on the far side looking out to the front, while a wonderful central fireplace (like nothing you can buy today) breaks the space up to a dining area. Beyond that is the kitchen, described as ‘dated but fully functional’.

The agent points out that there is scope/potential to extend the dining room and kitchen over the bedrooms downstairs or create a balcony or terrace. An attached double garage completes the accommodation.

I suspect this one might sell through pretty quickly. If you are interested, this one is offers in the region of £400,000.

Images and details courtesy of Regan and Hallworth. For more details and to make an enquiry, please visit the website. 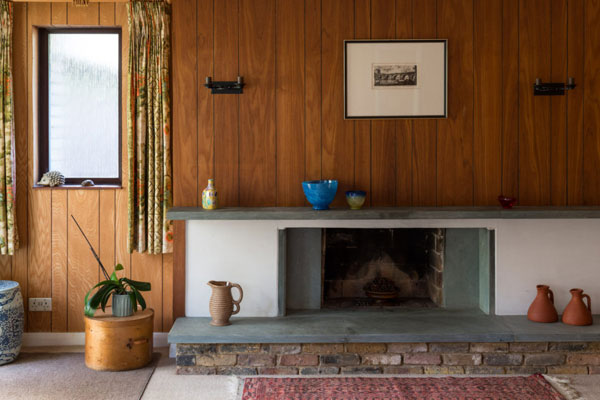 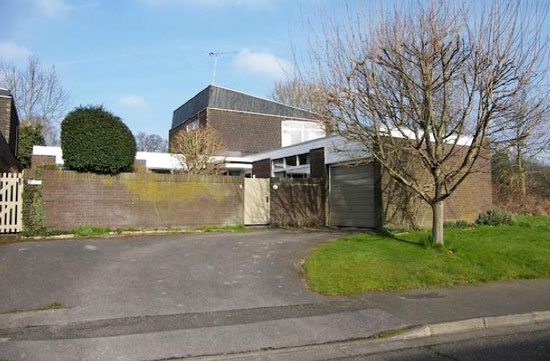 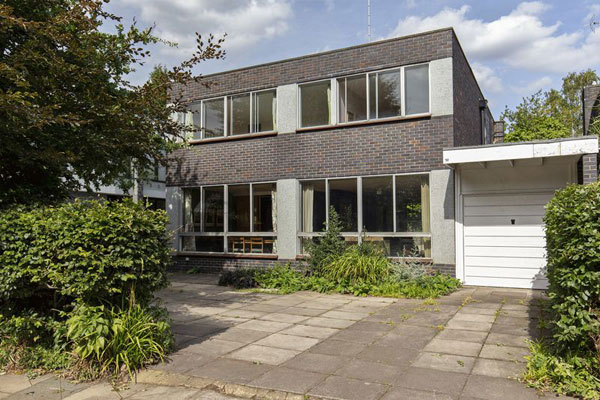 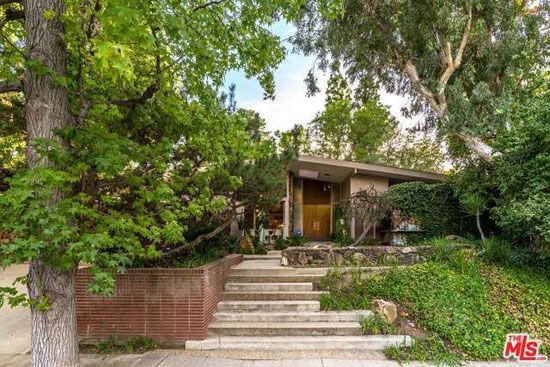