Updated, but this 1960s midcentury modern house in Uckfield, East Sussex is still an exciting proposition for fans of the style and era.

The house dates back to 1964 and is located in the ‘very exclusive’ Maresfield Park Development and was apparently designed for a sea captain and his wife as a retirement home.

According to the agent, the ‘elegant style of ships that Mr Hulsken would have worked on’ was an influence, although, for me, it’s more a case of US midcentury modern architecture with a touch of Scandinavian influence too. But make up your own mind.

I suspect this house was quite original until not too long ago too. The agent adds that ‘very sympathetic and modern updating’ has been undertaken ‘recently’. That’s often something worrying to read. But not so much in this case.

The current owners, who seem to have vacated the premises, have done the right thing by leaving the main reception space exactly as it was, as well as the external details. At first glance, this is still the 1960s gem.

But the sellers have updated the kitchen area and the bathrooms, as you might have guessed. Probably the bedrooms to a much lesser extent too. If I’m honest, I really don’t mind the kitchen, which still flows into the main reception and is a sizeable space.

Having the house empty emphasises the space you get too. But on the downside, I like seeing a house being lived in. You are going to have to imagine what it’s like when you get your own midcentury modern touches in place. Stunning, I would guess.

How could you go wrong with that reception? Large, angled wood ceilings, exposed brick and a wall of glass. That’s the space that will sell this house.

Talking of space, there is so much of it too, both inside and out. Around 2,300 sq. ft. inside and a total of six bedrooms. That should be more than enough for most people/families. So much of it is open and with natural light flooding in too.

An open hall is the first thing you encounter, which leads to the substantial kitchen/dining area, which as you can tell, has recently been refitted, right down to the lighting and flooring.

That accesses the feature reception area, stretching over 33ft long, looking out over the rear garden. To the ‘north side’ of the house are two bedrooms, a refitted utility area and a separate cloakroom.

The house has a further wing to the west. A long corridor leads to a further four bedrooms, one with an en-suite and a family bathroom which have all been modernised to a greater or lesser extent by the current owners.

Externally the house approached via a gated tree-lined driveway with a large lawned area to the side. A gate and side access takes you to the rear garden with a newly-laid raised patio and block paved path.

Beyond that is a large area of level lawn framed with well-established hedging and shrubs. The photos show just how much outside space you get. Considerable.

Images and details courtesy of Rowland Gorringe. For more details and to make an enquiry, please visit the website.

Update: Thanks to Hugh for adding that this was designed by Peter & Beryl Harrison.

Tags: 1960s, 60s, architecture, classic, design, East Sussex, home, house, midcentury modern, modernism, modernist, property, retro, sale, sixties, style, Uckfield, vintage
Love WowHaus? If you enjoy what you read or have benefitted from it and want to help with the growing costs of the site, you can always Buy Me A Coffee. Every penny genuinely helps. 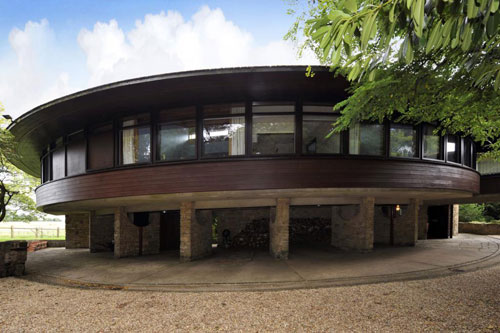 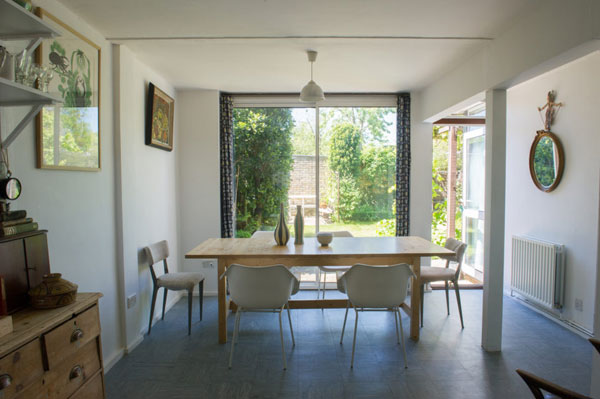 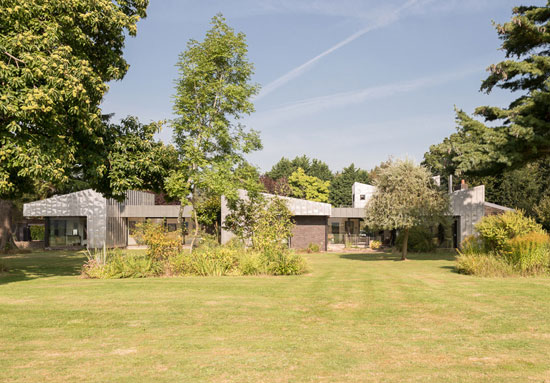 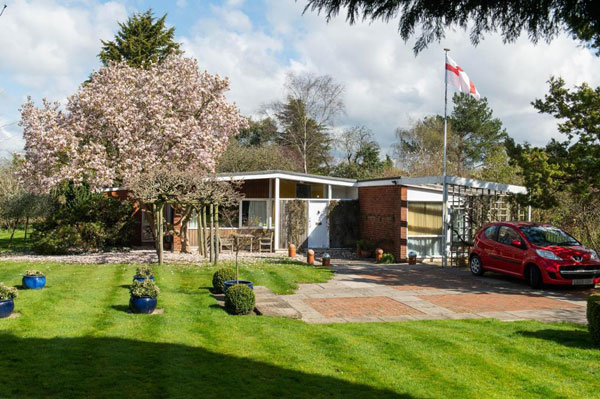