Previously up for around £150k more a couple of years back, this 1930s art deco renovation project in Clevedon, Somerset returns to the market.

Has it changed? Yes and no. Comparing the photos, a lick of paint perhaps, but nothing more substantial. But there is one significant change, which is the price and the means of sale. This one is going to auction.

The house was a meeting place for ‘radical activity’ in both arts and politics (she was apparently a communist), and as a way to gain influence and push her ideals, she also offered free art classes and gave lectures on art at the property.

After a career as a painter and printmaker, presumably based in his house who was a pioneer of modernism in Britain, died in the late 1960s. So presumably there has been at least one other owner since.

Indeed, it makes sense that the house changed hands at the dawn of the 1970s, as the house has the feel of that particular era. The previous agent pointed out that the house needs ‘generous updating’ and looking around, that’s still the case today. Much of that will involve rolling back a lot of the work undertaken in the 1970s.

Beyond that, it will probably need a detailed survey, a plan of action based on the results and a solid contingency to fund the work. But you do risk losing some of your investment if you don’t get to win this one at auction, which might be frustrating.

In terms of the structure, the annexe looks relatively recent (it seems to be the only part of the house that has double glazing rather than the original Crittall windows). But the rest of the house looks pretty much original.

I love the circular focal post of the house, both in terms of the doorway and the rooms above, as well as the angles and curves beyond, not to mention the balcony space via the upstairs bedrooms.

Inside is a tough one to call in terms of original features. I can’t see close enough to form an opinion, but I would say the shell is the selling point here and anything else is a bonus. Who knows what might still be there when you rip out the 1970s and later additions? And most people, if not all, will be stripping those out. Some of the wall coverings might have ‘kitsch’ appeal. But that’s not the kind of thing you want in a house like this.

There are damp patches shown in the photos too, which again would need investigating. It could be something, it could be nothing. A flat roof in need of some work could be the issue. That survey will give you the information you need hopefully.

Yes, there is a big plot and the agent mentions the option to expand (if you get planning permission). But it would be east to ruin this one by taking away too much from the original design.

As for the living space, that’s plentiful, as you might have guessed. Enter through the front door and you will be greeted by the hallway, which in turn takes you to the sitting room, which opens onto a ‘basic’ conservatory.

There is also the annexe (as you might have spotted), which includes a kitchen, sitting room, bedroom and bathroom. The kind of thing that gets called a ‘granny flat’ or ‘guest accommodation’.

In terms of the outside, the ‘generous’ garden was originally described as ‘one of the biggest attractions to this property’ and remains unchanged, complete with established shrubs and trees, a pond, outdoor patio area and a design that guarantees privacy too. Finally, a driveway leads to a single detached garage.

Now, making this one yours. The house was up for sale in 2018 for £620,000 and obviously didn’t make that price. It is now up as part of a ‘modern method of auction’. Confused? Let me explain.

This method requires both parties to complete the transaction within 56 days and you will have rot pay a non-refundable reservation fee ahead of that. A Buyer Information Pack is available, but ‘you must complete your own due diligence’ before bidding.

The guide price right now is £470,000, with a reserve in place for the auction. I don’t know the length of the auction, but for all the details, you really need to get in contact with the agent, which can also arrange viewings. 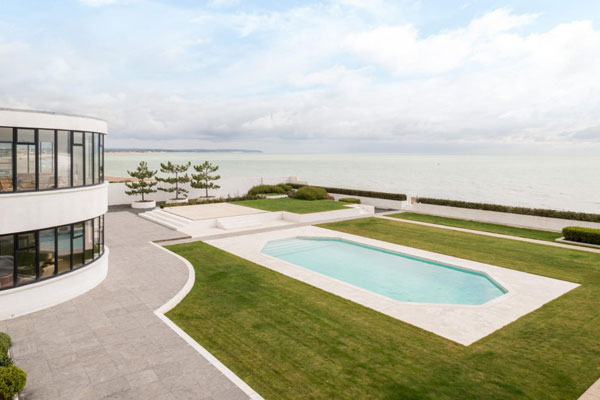 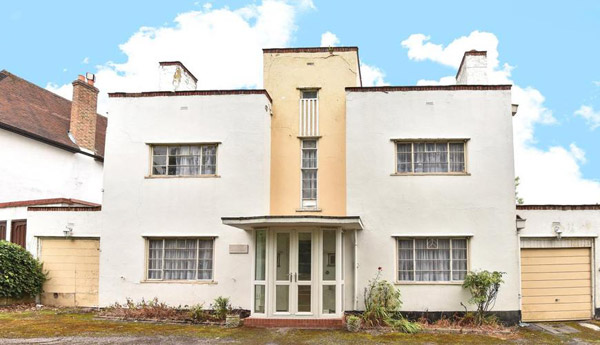 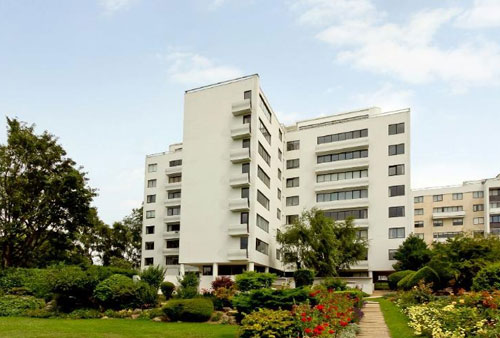 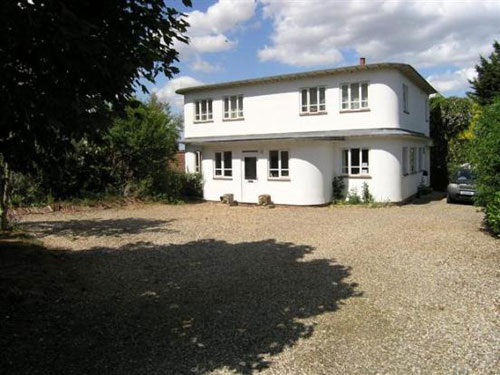