Not cheap, but the originality of this 1960s David Ellis modern house in Cambridge, Cambridgeshire really does sell it.

Why so expensive? That’s because three key factors come into play here. The plot, the architecture and the specific location of this house. The latter being both a selling point and quite possibly the biggest threat to the house.

The house sits on Trumpington Road, described by the agent as ‘an iconic Cambridge thoroughfare’ and home to The University Botanic Garden and some of the finest private schools in the area, including The Perse, St Faith’s and The Leys.

As a result, the 13 houses that run along the west side of the road between Long Road and Latham Road are ‘among the city’s most exclusive and impressive homes’ and all sit behind a protected tree belt backing on to sports fields and a golf course.

That sounds idyllic, especially if you have family or business in the Cambridge area. it is. But the size of the plot here, which is 0.61 acres, also makes this a very desirable piece of land.

The agent says that this one ‘provides enormous potential to improve, extend or redevelop, subject to necessary consents’ and they are absolutely correct in that. Someone might want to build the house of their dreams on this land if permission to do so is available. But I hope someone sees the merit of the existing house too. Especially in light of all the original details still in place.

The house was designed in the 1960s for the family of a fellow of King’s College and has been in the same ownership since. Yes, this is a first-time on the market.

Probably as a result of the single ownership, the house has changed little in the intervening years and decades, with so many details to pick out. That starts with the distinctly 1960s architecture, which definitely has size on its side. In fact, it is currently split into a large main house and a separate annexe, although I presume the annexe can be brought back into the main house is necessary.

As for the interior, this is one of those houses where it’s so hard to know where to start. So much jumps out at you. The large open spaces, the built-in storage, the brick fireplace, the wooden floors, the original radiators, an original 1960s condition (which still looks immaculate), a wonderful staircase and all manner of original 1960s fixtures and fittings.

Plenty of substantial glazing too, which offers up some wonderful views over the plot I mentioned earlier. This really is a great setting to take in every morning.

Yes, work needs doing to it. That might be just a case of replacing a few things here and there and adding your own take on the decor. or it might need more work. Only a survey will tell you that. But as a basis for a stunning 1960s-style modern home, this one is hard to beat.

I mentioned space as a selling point, so it’s probably a good idea to look at the layout too. Looking at the floorplan, the entrance opens to a sizeable hall, with the built-in garage, bathroom and boiler to one side, while the rest of the main accommodation flows to the other side.

That includes a study, a large sitting room, a dining room, the kitchen with breakfast too, and a further bathroom. Beyond that is the annexe space I mentioned earlier, which offers a sitting/dining room, a further kitchen, bedroom, bathroom and to the far side a second boiler room and coal store.

Head up that rather nice staircase and you access the rest of the bedrooms. A master bedroom has access to a large balcony and its own bathroom while four further bedrooms share the second bathroom. A substantial landing cuts through the floor too.

As I said, an attractive plot of 0.61 acres, with the rear garden facing west for some afternoon and evening sun.

Images and details courtesy of Cooke, Curtis and Co. For more details and to make an enquiry, please visit the website.

Tags: 1960s, 60s, architecture, Cambridge, Cambridgeshire, classic, David Ellis, design, home, house, modern house, modernism, modernist, original, property, retro, sale, sixties, style, Trumpington Road, vintage
Love WowHaus? If you enjoy what you read or have benefitted from it and want to help with the growing costs of the site, you can always Buy Me A Coffee. Every penny genuinely helps. 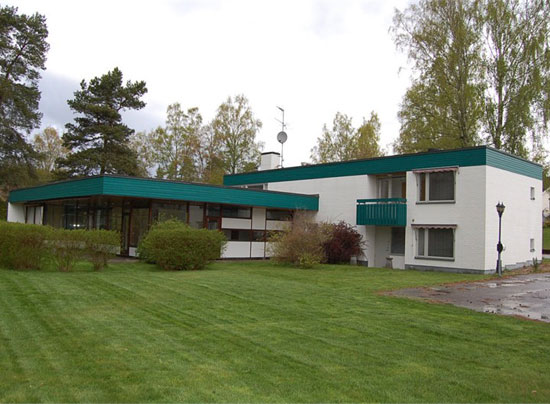 On the market: 1960s modernist property in Hultsfred, Sweden 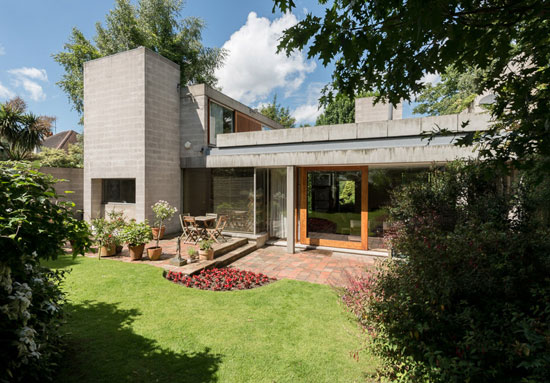 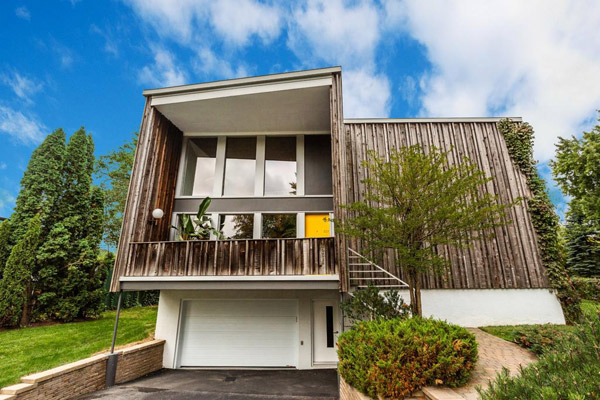 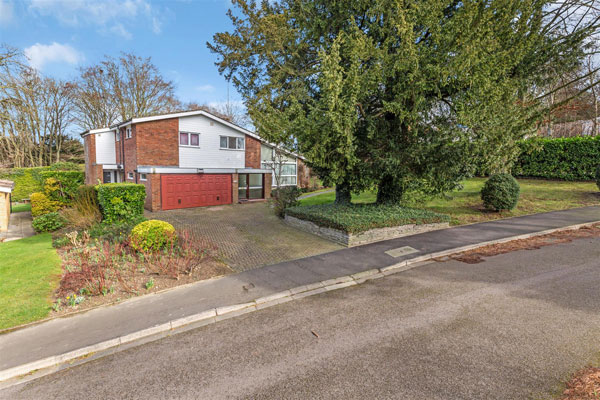