First time on the market for this 1960s Dennis Darbison midcentury modern house in Maidstone, Kent. Originality, of course.

That’s the selling point here. Everything has maintained and kept in place. The architecture itself isn’t as striking as some 1960s houses I have featured. But if you love a vintage detail, this might be the house for you.

The house has been in the same family since it was designed and built back in 1964. That was the work of Kent-based architect Dennis Darbison, who produced something quite substantial, offering around 2,600 sq. ft. of internal living space.

A decent plot outside too. Half an acre in fact, with the house set in what is described as a ‘wonderfully quiet clearing’ in the trees. Sounds idyllic.

So much to catch the eye here once inside, with plenty of sought after midcentury modern touches still in place. According to the agent, the house was ‘inspired by trips to Wisconsin’, with the house commissioned to reflect the modernist builds in that part of the world using ragstone from the local quarry and cherry-wood panelling to ‘embed it in its wooded surroundings’.

Head up the U-shaped drive, which takes you to the front door and the first of those appealing period features. Beyond the front door is a large entrance hall with a terrazzo-tiled floor, a distinctive hardwood staircase and double-height windows. Yes, before you have even entered the house properly.

From there you can access the main living spaces. To the right of the entrance hall is a living room with a feature stone and slate fireplace sitting in a wood-panel surround. There’s also glazing along the opposite side of the room opens up fully to the garden. That’s right. That idea isn’t a 21st-century one, some architects were doing it decades before.

At the other side of the hall is a space described as a ‘rumpus room’, which has been used over recent years as a study or snug. Beyond that are a dining room and a kitchen that still has most of its original fittings in place, from the cabinets to the floor and even appliances. You also get a traditional larder and a large utility/plant room. Finishing off the space on the ground floor is an internal garage and workshop.

Head up that wonderful staircase (I love those spindles) and you will find four bedrooms and a family bathroom. The largest of those bedrooms has an en-suite bathroom and note that all of the bedrooms still have their original cabinetry in place.

The agent points out that the house ‘requires updating throughout’, which is hardly surprising when you consider the untouched nature of the house. But by updating, they don’t mean a widespread renovation job.

This is a rare opportunity to pick up a house that has so many of its original details intact and looking at the photos, in reasonable condition too. A time capsule of sorts, but with the right updates, this could be a house of the past that works for a family of the present day. Clever and stylish design from the 1960s that still works today.

If anyone removes the bigger details such as the flooring, the wood-clad walls or the kitchen units, then they would be doing a considerable disservice to the house and the people who have worked so hard to preserve it.

Even the little details are wonderful. Note the built-in Kleenex dispensers in the bathrooms. Impossible to find similar again. Ok, you might need a new cooker (although I personally love that) and a lick of paint. But anything that involves the ripping out of anything would be a massive mistake.

Oh yes, outside space too. I mentioned the half an acre, the garage and the workshop already, but there is a significant garden to enjoy too, which overlooks the mature trees of Oakwood Park, and with a wood-store and potting shed within if you love a spot of gardening.

Tags: 1960s, 60s, architecture, classic, Dennis Darbison, design, home, house, Kent, Maidstone, midcentury modern, modern house, modernism, property, retro, sale, sixties, style, time capsule, vintage
Love WowHaus? If you enjoy what you read or have benefitted from it and want to help with the growing costs of the site, you can always Buy Me A Coffee. Every penny genuinely helps. 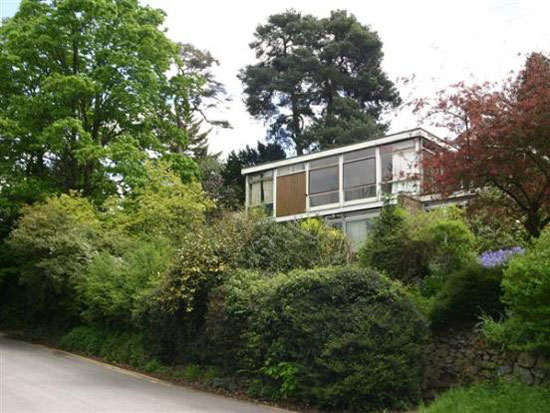 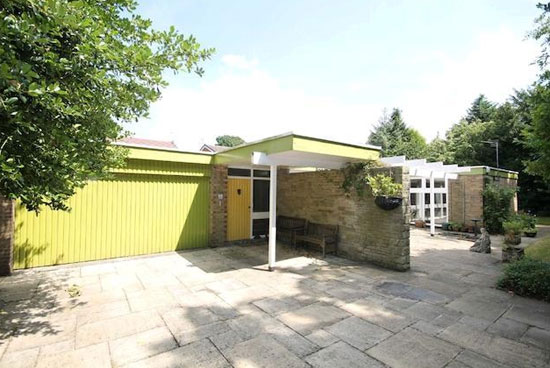 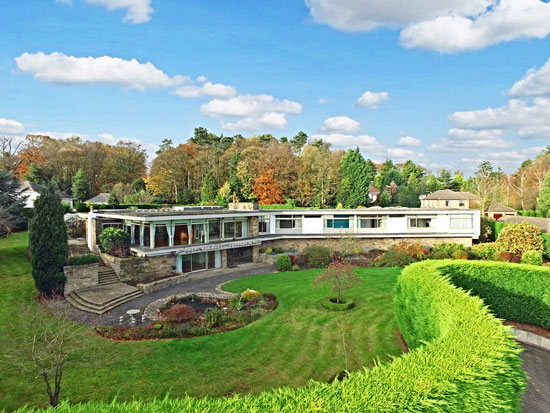