Regular readers might recall this one from a few years back. Now the Sunpark 1930s art deco house in Brixham, Devon is back on the market.

You might recall it because I featured it a few times on the site. In short, it was up for sale on several occasions and looking for a buyer for the best part of a few years.

Why? Well it wasn’t down to the architecture. The house was its own worst enemy. This was the most original and authentic art deco house I had seen then – and probably since as well. It was a major undertaking for someone to take on.

Someone had to be willing to pay a substantial amount for a Grade II-listed house in Brigham in need to sympathetic work to bring it back to its best and bring it into the 21st century without losing all of that period character. Quite a balancing act.

It didn’t sell at auction when it went up in 2010 and later 2012 but it did finally sell when it went up a few years later. In fact, the owner got in touch with a view to featuring the work on the house on the WowHaus site, But sadly that never quite came to fruition.

However, we can now see just what was done as the house has now hit the market four years on. At first glance, not a lot has changed. But that’s a positive when it comes to a period restoration.

The house itself dates back to 1935, the work of architect Melville Aubin for Mr G. B. Jordain, whose family lived in it for the majority of the years that followed. In fact, when I featured the house it was on the market for the very first time after 80 years with the original family.

It was taken on by the current owners who have carried out restorative work and it is now on the market once more, with an asking price less than the original guide when it first hit the market all those years ago.

Restorative than renovated, this is still pretty much the same house, with all of the original details brought back to their best. A lick of paint for the white exterior too.

There is so much to talk about once you get inside this one. There’s much to talk about when it comes to the architecture and exterior too. This is the art deco dream for someone with the mix of curves and straight lines, the balconies, the roof terrace and of course, the Crittall glazing.

As for the interior, take your pick from the fireplaces, the parquet flooring, the light fittings, the amazing oak staircase and chrome bannister detail, the hallway clock, the front door, the internal doors, the kitchen and its units and the bathroom. That list is by no means exhaustive. Every glance around this one brings something else to the fore.

It isn’t the ‘time capsule’ it once was. The fresh finishes to the walls and the new light fittings in some rooms hint at the work that has been undertaken. I suspect there’s a lot you can’t see too. But if you want a house that is faithful to the 1930s, it really is hard to beat this one, which is a credit to the current owners/sellers.

The accommodation covers around 2,860 sq. ft. and is arranged over three levels, with the second floor being the roof terrace with ‘far-reaching views’ across the town towards the Devon countryside. A solarium up there too, which could work as a study or extra bedroom space if you need it.

As for the rest of the house, a gated walkway takes you through the walled garden, through the primary entrance and into the entrance hall and a solid parquet floor.

Two ‘generous’ reception rooms are on the ground floor. To the immediate right is a ‘light-filled’ living room with a wall of curved, Crittall bay windows and a decoratively tiled working fireplace offering a focal point for the room.

An adjacent dining room has similar details. but looks out onto the rear garden. A good-sized and very original kitchen too, complete with an interconnected larder and store and a tiled alcove with space for a cooker or Aga.

Head up that amazing oak staircase with polished chrome handrail and you reach the split-level landing, which in turn leads to the first floor and the three bedrooms. Two of those are ‘good-sized’ double rooms with decorative fireplaces, art deco door handles and metal light fittings.

The third bedroom is smaller in size, with a small study also on this level as well as a bathroom and WC that still has its original 1930’s fixtures, fittings and black-edged Vitrolite tiling.

The second floor is given over to an expansive roof terrace and a small room with steel-framed glazing on each wall. This space was originally designed as a solarium but would befit a fourth bedroom or study.

In terms of the outside space, there are two gardens here. I mentioned the front garden earlier, but there’s also a rear walled garden mainly laid to lawn and with trees and mature hedging creating some privacy. Designated and considerable off-street parking to the side of the house too. 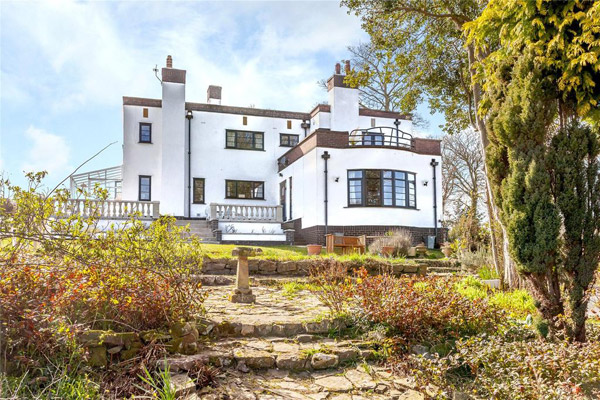 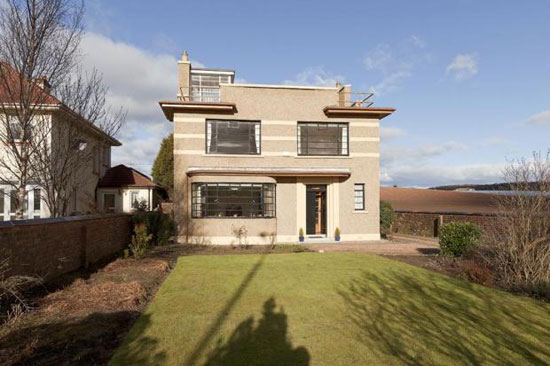 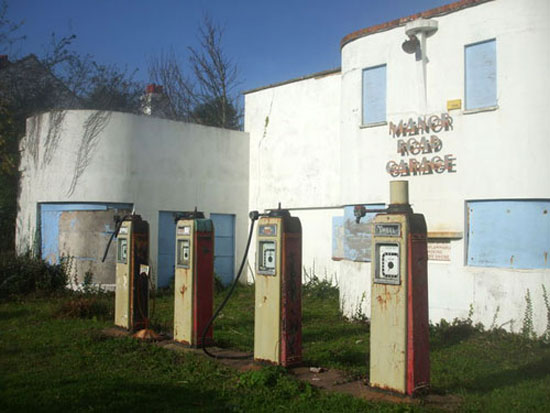 Before and after: Apartments in the newly-renovated 1930s art deco Manor Road Garage in East Preston, West Sussex 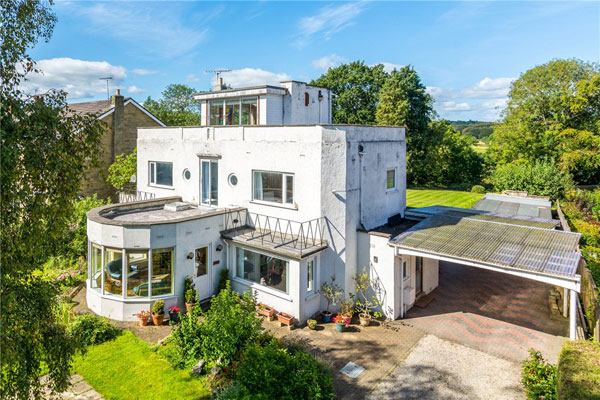