A 1950s Willy Van Der Meeren time capsule in Linkebeek, Belgium up for sale, should you fancy a step back in time.

If the name is familiar it is perhaps because I have featured a couple of (very popular) houses by the same architect in the past.

You might recall this fascinating 1960s modern house in Tomberg, Pajottenland, Belgium and another one from the 1950s, namely this place in Teralfene, near Brussels. But both of those were finds from seven or eight years back. I haven’t seen anything on the market of late.

Until now, that is. While the other two sold themselves on the architecture, this one, spotted by Stefi Orazi, has the selling points of clever design and an untouched interior. That’s a great combination.

The house here dates back to around 1957 but was slightly expanded in 1975 and with a tweak of the terrace in 1986. Nothing radical and the works carried out were under the supervision of Van Der Meeren himself.

Willy Van Der Meeren is quite a name in Belgium. He is perhaps best known as the man behind the unique ECSC house in 1954 for the European Coal and Steel Community, which was an experiment in construction methods, with the aim of being able to build houses cheaper, allowing the ‘ordinary person’ to afford a ‘comfortable’ home. But boosting social housing isn’t his only achievement.

He is behind a number of notable private houses in Belgium as well, all of which follow similar principles as the social housing – maximising the use of space and integrating with the surrounding land. The difference is the size and the budget available.

This one certainly ticks both boxes, with bright open spaces and extensive glazing framing the views of the land surrounding it and a location that merges into the hilly terrain. Like the ECSC houses, this one also relied on modular construction too in order to speed things up. It took just four months for this house to get off the drawing board and to become reality.

The end result is typical of forward-thinking midcentury modern design of the era. I mentioned the open spaces and the glazing, but I also love the white brick finish, broken up by the bold red door.

Beyond that, check out the beams, the wood ceilings, the tiled floors, the built-in units and storage, some internal white brick, original partitions, an original kitchen and bathroom (for better or worse), original internal doors and plenty of finishes that look like they have been in place for half a century or more.

Yes, this is a time capsule despite the later updates, although there is some work to be done to bring it back to its best. Again I’m coming back to the kitchen and bathroom, but beyond that, it really just looks like a case of freshening things up.

Accommodation is across a single floor in an L-shape and under a flat roof. Also note the clever creation of the outdoor terrace, which is located above the carport. As for the layout, there are three bedrooms, one bathroom and the kitchen, as well as considerable open reception space that flows from zone to zone. Big fan of that raised space partitioned off too. Some kind of library or study? I’m not sure, but it would lend itself to that.

There’s also what looks like a sunroom in here as well, the terrace I mentioned earlier and a carport alongside a garage, with steps to the side leading directly to that original front door.

Around 42 sq. metres of it in total, with the plot covering something like 172 sq. metres and surrounded with trees for added privacy.

€675,000 isn’t cheap, but this is a significant property by a noted architect and with all those original details in place. A great opportunity for someone.

Images and details courtesy of Logic-Immo. For more details and to make an enquiry, please visit the website.

Tags: 1950s, 50s, architecture, Belgium, classic, design, fifties, home, house, Linkebeek, midcentury modern, modernism, modernist, modular, property, retro, sale, style, time capsule, vintage, Willy Van Der Meeren
Love WowHaus? If you enjoy what you read or have benefitted from it and want to help with the growing costs of the site, you can always Buy Me A Coffee. Every penny genuinely helps. 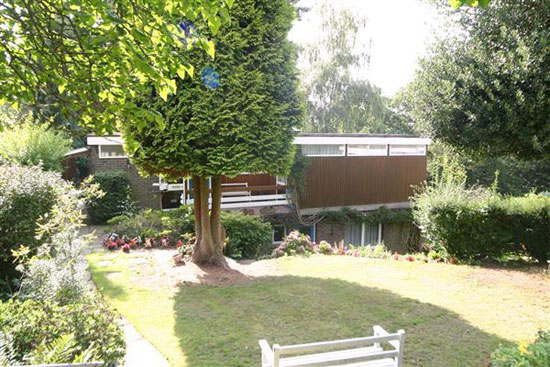 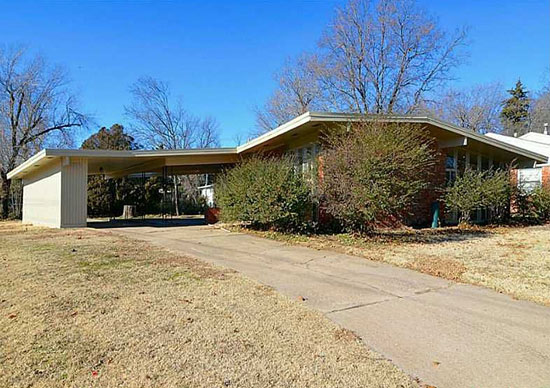 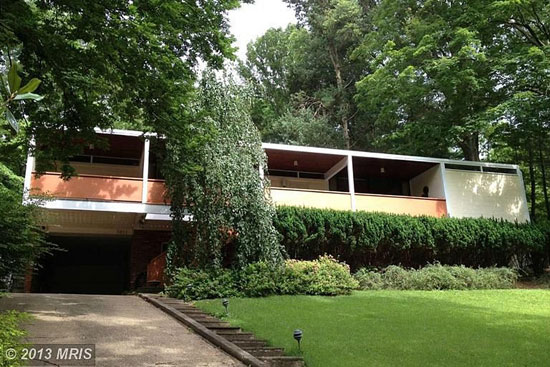