A recent hefty discount and a furniture clearout make the 1950s midcentury renovation project in Bolton, Lancashire much more appealing.

It’s a decent project for someone too, an unusual one for the area and at a lower price than when it originally hit the market. The list price back then was £400k, with the price considerably less than that now.

I do have local knowledge of this area, hence the remark about it being unusual. I can think of just three interesting, mid-20th-century houses in the town, which are this one, a 1960s house I featured back in 2013 and the best one of all, which sadly hasn’t yet gone up for sale. When it does, you’ll know exactly why it is at the top of the pile.

But the house here is worth a look, which is sat well-regarded part of town. On the downside, it has been updated and added to in places. Saying that it also has a lot of originality still in place, which is why it is so appealing. There’s another big selling point too. It has a butterfly roof.

Not many of those can be found in northern industrial towns, but there is one on top of this individually-designed 1951 house, along with a vaulted ceiling within. Both are the key reasons why this one has potential for someone willing to rethink and re-energise this place.

In fact, most of the key features are here still here, including those wood ceilings, floating walls and even a fireplace of the era. But this is a house that has been lived in over the years and as such, updates over the decades have been added to the mix, some of which you might want to remove.

Obviously the fixtures and fittings (although some fittings are original era), the kitchen (probably in the late 1970s or into the 1980s) and the bathroom, along with various decorative finishes. I think you can spot which ones. But look beyond that and you can see the potential to create something here.

One other thing worth noting is that the house has also been extended. So more space, but some parts of the house might not have the period details. At least, not the midcentury details. But most are fairly neutral, so you if you decorate and dress it right, you should be fine.

The extension also means quite a substantial footprint. Perhaps more than you would expect at first glance from a single-storey property.

The house currently has four bedrooms, two reception rooms (including that main dramatic space with the vaulted ceiling and floating wall that separates the dining area), a fitted breakfast kitchen with utility room, cloakroom WC, a family bathroom and an en-suite shower room for the master bedroom.

Space inside seems pretty flexible, although you would have to be clever with the main reception due to its size. It would be very easy to have your furniture rattling around in a room like that.

As for the outside, you get what’s described as ‘well cared for gardens’ with ‘manicured lawns’ to the front and sides, with the rear offering a large block paved driveway and an attached garage. The extension probably took away some of the rear garden areas.

I apologise for using estate agent speak, but ‘potential’ is probably the word to use here. It doesn’t look at its best right now and some parts look a little dated (and not in a good way). But this house could be a very cool midcentury modern house once more once someone gets to work on the decor and details.

Images and details courtesy of Edwards Bolton. For more details and to make an enquiry, please visit the website.

Tags: 1950s, 50s, architecture, bolton, classic, design, fifties, harwood, home, house, lancashire, midcentury, midcentury modern, modernism, property, real estate, renovation project, retro, sale, style, vintage
Love WowHaus? If you enjoy what you read or have benefitted from it and want to help with the growing costs of the site, you can always Buy Me A Coffee. Every penny genuinely helps. 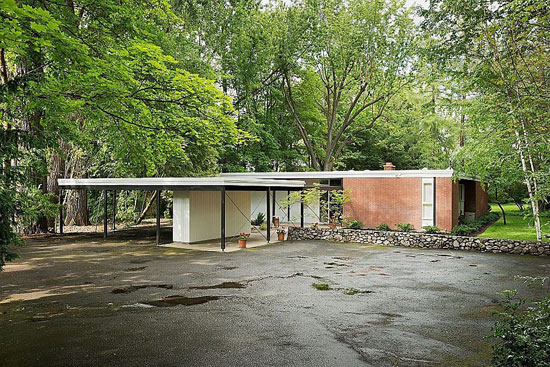 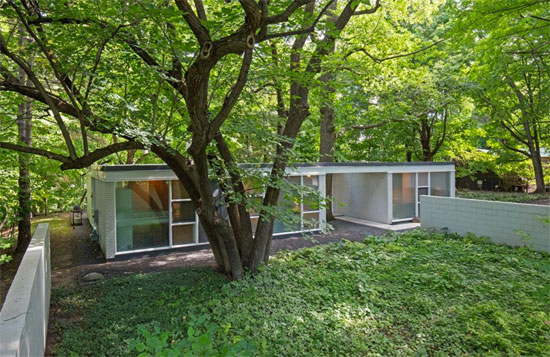 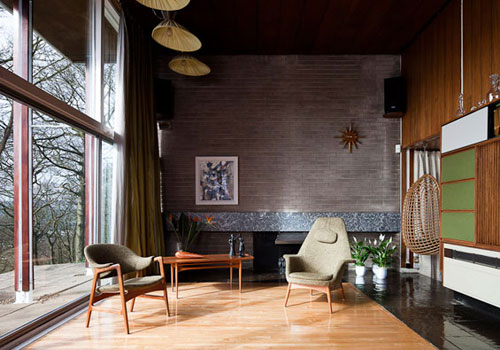 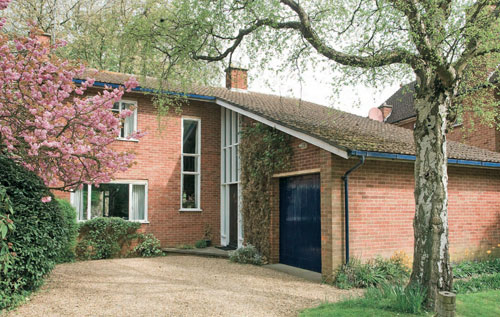