Not sure about the era, but I think I will go for a 1960s time capsule in Roydon, Essex, which is just up for sale.

Huge thanks to Michelle for flagging this one up, the third visit to Roydon for the site, following on from the rather wonderful 1960s Ducketts Mead modernist house in Roydon, Essex not long ago and a similar house in 2017. But this one, on the face of it, is far more traditional.

Not that I’m having a go at the house, but it is less striking from the outside compared to those other two. The interest for this one is beyond the front door.

The agent, quite rightly, describes this one as being ’in need of modernisation’ and it would be hard to argue that point. But let’s look at an interior that has barely changed in half a century and wonder if there is potential in the house as it is.

In reality, this is a house that will be gutted or knocked down (subject to any permissions required). It sits on a good-sized plot and it’s in a commuter area to London. This will be popular, but perhaps not for its original period interior.

But that’s what I love about it and I’m sure you might well feel the same. If you do, hopefully, one of you will buy it and perhaps keep much of what is here in place. Except for the bathroom and the kitchen, which is partly original, but seems to have had some units replaced in the 1980s.

Elsewhere, there is much to love. The house itself his interesting in its use of full-height glazing, but once inside you might also notice the parquet flooring, the open-tread staircase, the original windows with those strips of wood and that marvellously light and large reception space for example.

But there are the little touches as well. The light fittings that match the curtains and that amazing bedroom wall covered in vintage magazines. That wall needs a preservation order on it, a step back through time and a fascinating insight into someone’s life.

Space is also a selling point here, with potential to add even more on that sizeable plot.

On the ground floor, the entrance hall accesses a guest cloakroom/WC, the kitchen and the open living room and dining room area with open fireplace and doors to the garden. On the first floor, there are four bedrooms and a family bathroom.

Outside the front of the property is screened from the road, with a driveway for off-road parking, which in turn leads to a garage. There’s also some hard standing to the side and an integrated brick built-storage shed next to the front door. The rear and side gardens are mainly laid to lawn with border planting. As I said, substantial too.

Images and details courtesy of Oliver Minton. For more details and to make an enquiry, please visit the website.

Tags: 1960s, 60s, architecture, classic, design, Essex, Harlow, home, house, property, renovation project, retro, Roydon, sale, sixties, style, time capsule, vintage
Love WowHaus? If you enjoy what you read or have benefitted from it and want to help with the growing costs of the site, you can always Buy Me A Coffee. Every penny genuinely helps. 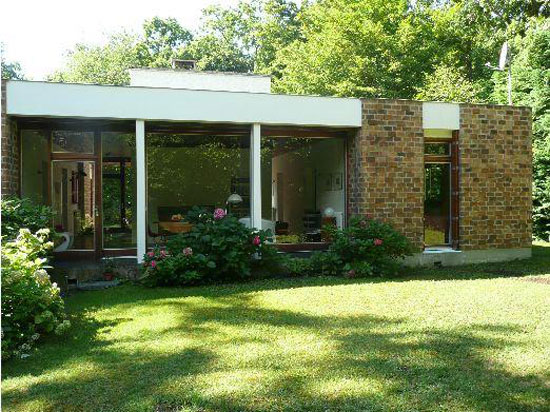 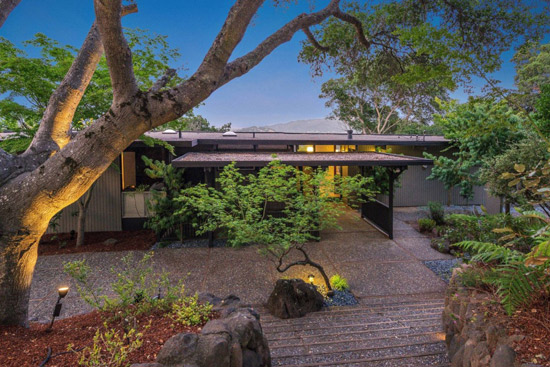 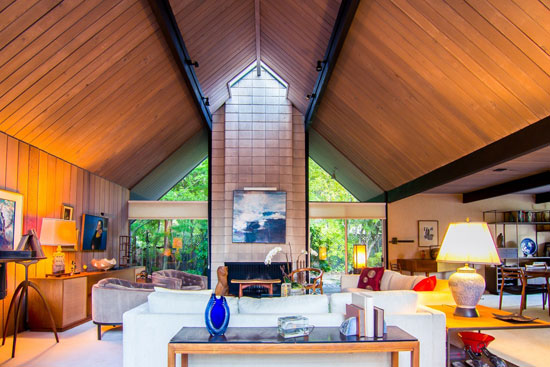 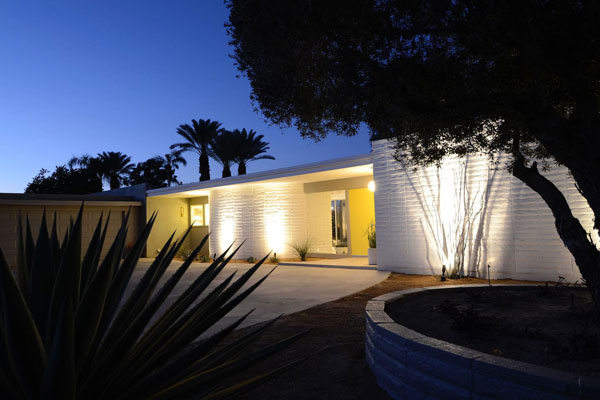