A wonderfully preserved property, this 1930s Blackmore and Sykes house in Bridlington, East Yorkshire is now up for sale.

That preservation is perhaps down to having had just two owners since being built back in 1932. In fact, when the current owner bought it off the family of the original owner, much of the original furniture was still in the house.

That furniture was bought, presumably at some expense, at the Ideal Home exhibition of 1932, with a good amount of the original decoration and light fittings also surviving since the 1930s.

Thankfully, that second owner didn’t gut the place and modernise throughout. On the contrary, they worked with all of that original detail and created a modern home around it.

At times, the house does look like a time capsule. In fact, there’s barely a room that doesn’t have the majority of its original detail intact. But if you look closely, some modernisation has taken place. And the fact that you have to look closely pretty much says it all.

I’m talking about things like the ‘fire’ part of the fireplace, the kitchen (which still has a strong vintage vibe about it) and a shower attachment in the period bathroom for example. Beyond that, you will have to study the images to find anything past the 1930s.

You might think the furniture in the sunroom is a little more contemporary, but that’s not the case. It’s actually a rare set of PEL chrome furniture, a noted maker of British modernist furnishings in the 1930s.

Beyond that, it’s a case of where to start? There is so much to love here. Personally I love that grand staircase, all of the lovely wood panelling, those lovely internal doors, all those light fittings, the (almost) untouched bathroom, those period 1930s beds, the doors that open to the terrace and perhaps my favourite space of all, the telephone and table that sits under the staircase.

That’s before I start on the furniture, which could probably justify a feature in its own right. Just have a look at the images (there are more on the listing too) and appreciate what is here. It’s a rare find and one that’s unlikely to be beat when it comes to this era and authenticity any time soon.

As well as all of the period loveliness, there’s also a lot of living space in Cragg Hill, which is the official name of the house.

Open the front door and enter the lobby with cloakroom and beyond that, the rather grand hallway with parquet flooring and the ‘telephone vestibule’ hidden away.

From there you can access the triple-aspect drawing/music room with substantial vaulted inglenook fireplace, picture rails and art deco ceiling, the dual-aspect sunroom with parquet flooring, the dining room with open fireplace and the large breakfast kitchen with four-oven Aga cooker. Completing the ground floor is a side lobby, which also has stairs to the servant’s quarters. Yes, this was a grand place to live back in the day.

Of course, the staircase is rather grand too. Made of oak, it has twin flights of stairs to the first floor, a fitted bench seat, picture rails, an art deco ceiling, sliding stairs to the attack room and roof space plus short stairs to three of the bedrooms.

Talking of bedrooms, the master has fitted wardrobes, an open fireplace, art deco ceiling cornice and an en-suite bathroom. Beyond that are four further bedrooms, one with glazed doors to a balcony, others with original fireplaces.

The family bathroom finishes off the upstairs space and offers originality aplenty, not least when it comes to the 1930s tiling.

The outside space is worth talking about as well. A good example of a 1930s woodland garden with a central sunken area. A double garage, workshop and driveway too, plus the option to purchase half an acre of extra garden including woodland with potential for development subject to planning.

Offers over £685,000 if you want this, with the option to purchase some of the original furniture by separate negotiation. No, it isn’t all included in the price I’m afraid.

Images and details courtesy of Willowgreen estate agents. For more details and to make an enquiry, please visit the website.

Tags: 1930s, 30s, architecture, Art deco, Blackmore and Sykes, Bridlington, classic, design, East Yorkshire, home, house, property, retro, sale, style, thirties, vintage
Love WowHaus? If you enjoy what you read or have benefitted from it and want to help with the growing costs of the site, you can always Buy Me A Coffee. Every penny genuinely helps. 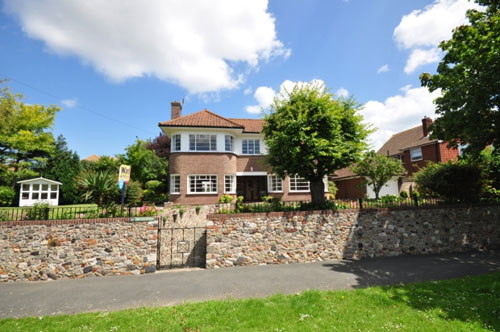 On the market: The Pantiles 1930s four-bedroomed detached house in Ramsgate, Kent – with underground bomb shelter 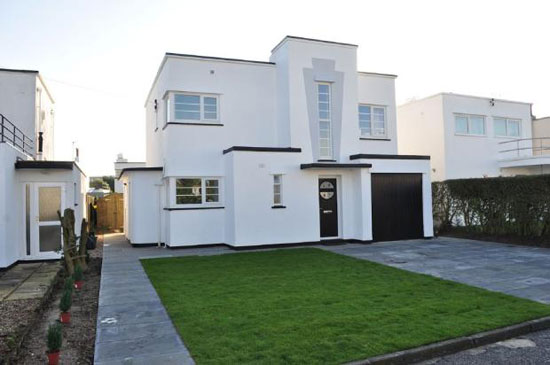 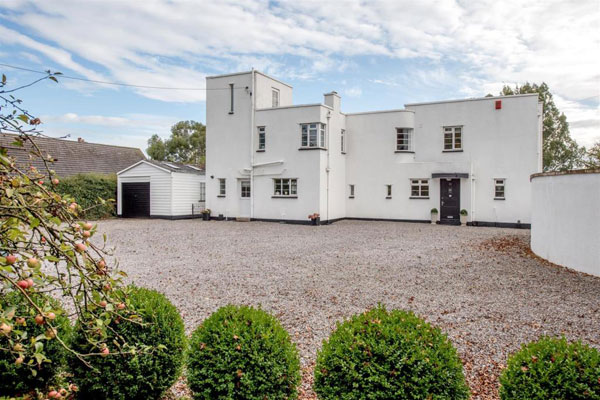 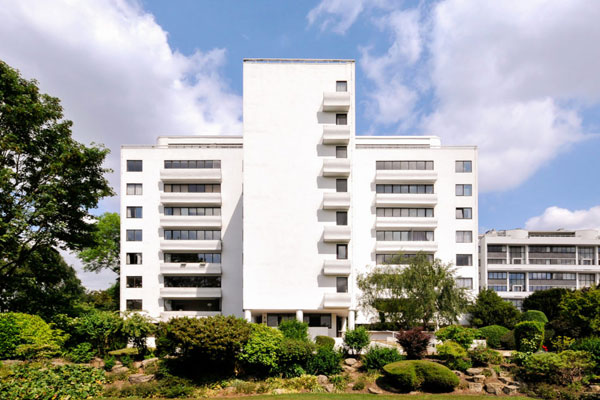