There is more than initially meets the eye about this 1960s Ray Moxley and Tim Organ-designed modernist property in Chewton Mendip, Somerset. But that’s a good thing. A very good thing.

The house sits in what is described as ‘idyllic Somerset countryside’ and at first glance, this is something rather traditional. A historic stone cottage. In part, that’s what it is. However, something rather strange happened to this place in the 1960s.

Back then, this was the home of two Bristol University academics who apparently had a ‘passion’ for modern architecture. No bad thing. With that in mind, they decided it would be a good idea to transform the cottage into something more in line with that passion.

In 1963, they contacted ‘a young, forward-thinking’ Bristol-based architect, Ray Moxley, asking him to design ‘a glass box sitting on a cantilevered concrete deck’. That was produced off-site using pre-fabricated modules, then bolted into place at the cottage.

At the end of that decade, the pair commissioned Robert and Tim Organ to design a further extension, including the most striking part of the house, the tetradecagonic kitchen, which thankfully survives today.

In fact, pretty much everything survives today. Yes, you can now but the cottager and the modernist extension, which totals 3,200 sq. ft. and can be split into two separate dwelling if required. But regardless of what you do on that front, the house is still in need of some work.

That’s a plus point for many of us. This place is an absolute joy.

The cottage may or may not be of interest. But it is still part of the deal and includes a hallways with flagstone floors and woodburner, a living room, kitchen, bedroom, bathroom and study / second bedroom. Heard up the stars and you will find something very different.

According to the agent, the ‘modern’ part of the property is said to be reminiscent of the Case Study houses built in California in the 1950s.

The heart of this place is a ‘spectacular’ living space, which, like many of the other rooms, benefits from that floor to ceiling glazing. You also get four bedrooms, two bathrooms and of course, that stunning geometric kitchen area.

So many other period features too, including the wood panel ceilings, the bookcases, the light fittings, the doors and so much more. Note also that the place has wide doorways and level surfaces due to the house being designed for wheelchair access.

However, as you can see from the images, many of the finishes are looking a little tired, from the wooden exterior to the ageing double glazing and perhaps some of that interior too. Not a job for the faint hearted.

Of course, there is the outside space too, made up of the surrounding gardens, an enclosed terrace at the rear with a ‘rectilinear’ pond and a terrace design with potential for an impressive restoration. You also get a double carport at the entrance to the main house and a double garage beside the cottage.

Tags: 1960s, 60s, architecture, Chewton Mendip, classic, cottage, design, home, house, period, property, Ray Moxley, renovation, retro, sale, sixties, Somerset, style, Tim Organ, time capsule, vintage
Love WowHaus? If you enjoy what you read or have benefitted from it and want to help with the growing costs of the site, you can always Buy Me A Coffee. Every penny genuinely helps. 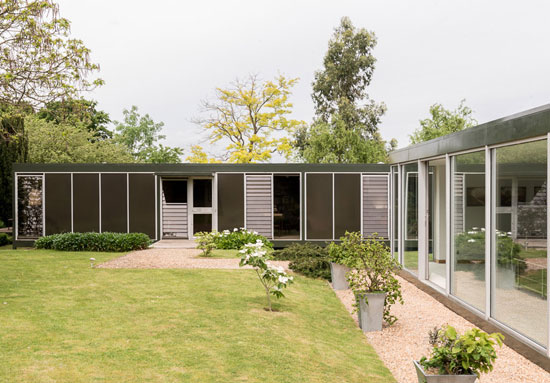 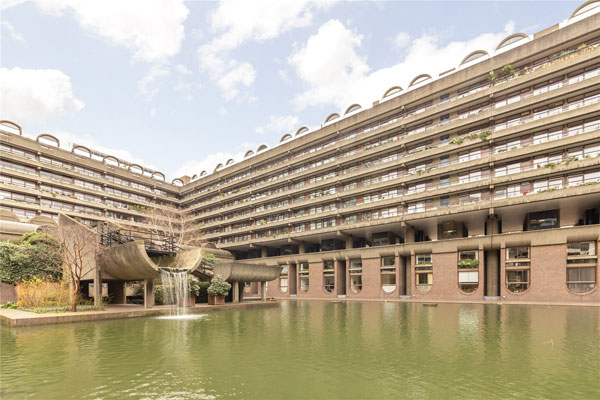 Apartment in Andrewes House on the Barbican Estate, London EC2Y 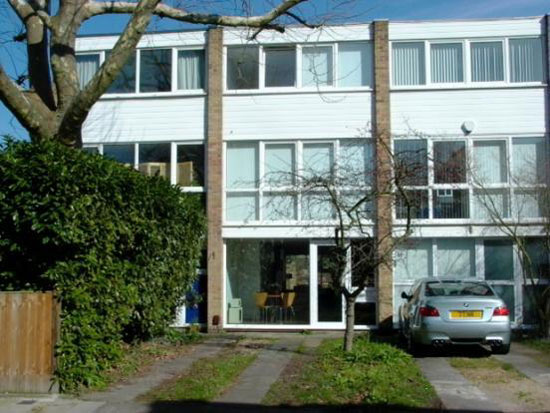 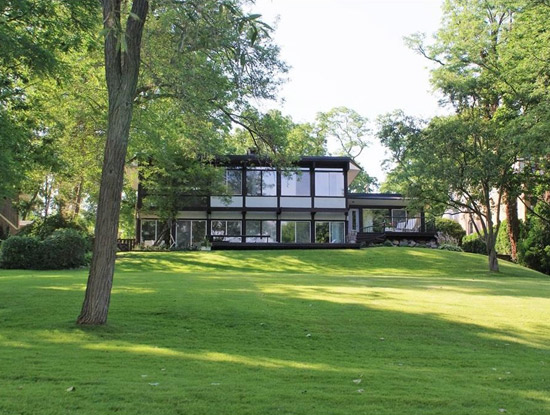