At least one Huf Haus made it into our 2014 top 50 and a few more were bubbling under. Which is why we are flagging up this five-bedroom modernist Huf Haus in Little Kimble, Buckinghamshire.

It isn’t the biggest we have featured, nor is it the most prominent example we have seen. But it is a Huf Haus and as such, will be a popular house – if you have the money. More on that later.

This particular example was built for the current owners back in 2008, with the house sitting in 0.6 acres of land and with views of the Chilterns to the front.

Design-wise, it’s pretty much what you expect from the German modernist house builder. Yes, those black beams, open space and expanses of glass, all of which have been tweaked to the needs of the current owner. Although it doesn’t look like anything or radical has been undertaken here, depending on what you think of the layout.

Accommodation is over three floors, with the ground offering an entrance hall with stairs to the above floors, a utility space, two bedrooms and a family shower room.

Head to the first floor and you’ll find what’s described as a ‘flexible open plan living space’, which includes a sitting room and a kitchen/dining room plus access to a balcony space. The kitchen is the kind of modern kitchen tour would expect in a house like this, with the appliances to match. The second floor has three bedrooms and the family bathroom, the master bedroom with a range of built-in storage and an en-suite bathroom.

Head outside and you’ll find the land we mentioned above, as well as electronic timber gates, a driveway with off street parking (for approximately nine or 10 cars), a detached timber garage plus the lawns, plants and trees.

Tags: architecture, Buckinghamshire, contemporary, design, home, house, Huf Haus, Little Kimble, modernist, property, sale, style
Love WowHaus? If you enjoy what you read or have benefitted from it and want to help with the growing costs of the site, you can always Buy Me A Coffee. Every penny genuinely helps. 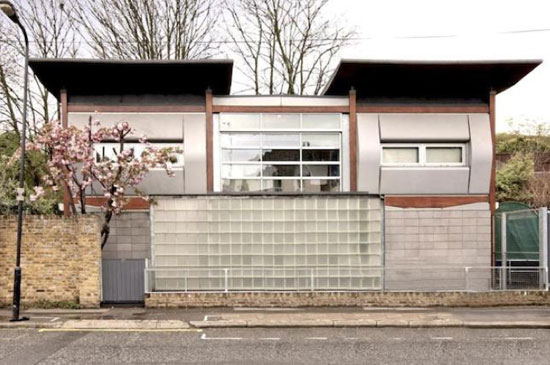 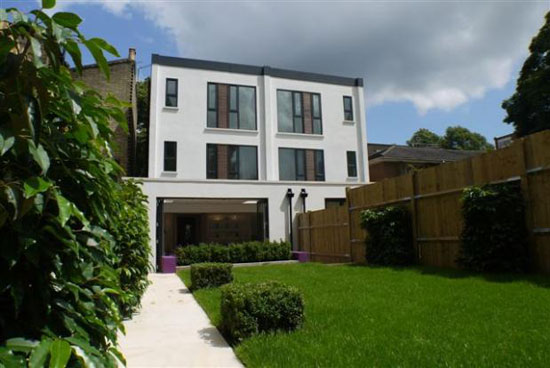 On the market: Five-bedroom contemporary property in Parbold, near Wigan, Lancashire 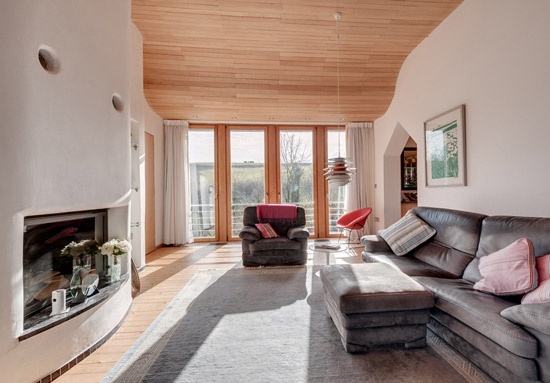 On the market: Murray Church-designed contemporary property in Cornworthy, near Totnes, Devon