It might be a four-bedroom 1930s art deco property in Bexleyheath, Kent on the outside, but once through the door you might well think you are in the 1970s.

That’s essentially the issue with this place, which has been owned by the same family for the last 40 or so years. Apparently they did a lot of work to the house back in the day, but it now needs someone else to move it forwards – or indeed backwards.

But this still an opportunity, not least because the house itself is still very much a ‘deco’ property, one with a lot of space both inside and out. It just needs taking back to basics or modernising with one eye on its original design.

As for that internal space, it includes an entrance porch, entrance hall kitchen area, rear lobby, shower room, lounge and dining room on the round floor. Head up to the first and you’ll find the landing, bedroom one with balcony, three further bedrooms, a bathroom and separate WC.

You’ll also notice the roof terrace too, with the outside space also including that substantial rear garden, two garages and a driveway.

As we said, you’ll need to see through the 1970s decor to get an idea of its potential. But if you see it, the house is being marketed for £825,000, with an open house on Saturday 22nd November 2014 by appointment only.

Find out more at the Ward and Partners website 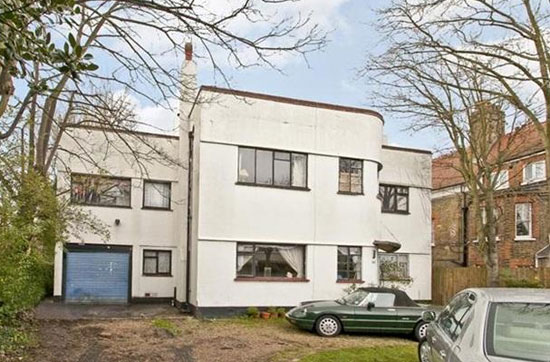 On the market: 1930s art deco property in Ventnor, Isle of Wight 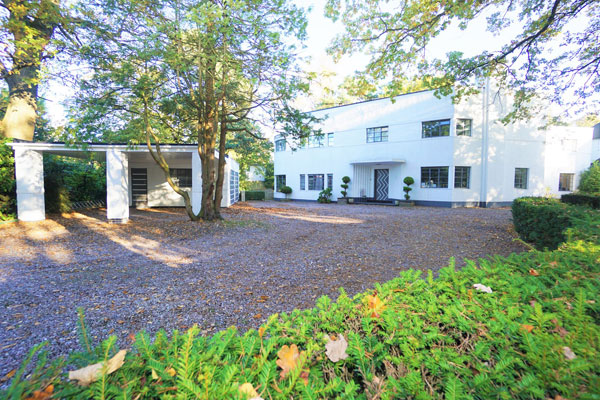