We weren’t sure whether to put this into renovation projects, but after a second look, we thought the time capsule that is this 1960s midcentury-style single-storey property in Heaton Mersey, Stockport, Cheshire doesn’t need too much work.

But it needs some work, that’s for sure. The house, described as Scandinavian in style and designed by Scrivener & Sons in the early 1960s looks fairly true to the original design, which is a big plus.

With some tweaks, this could be something of a midcentury gem once more. We love the layout, the beams, the flooring, the exposed stone and brick, not to mention the extensive glazing across the front of the house.

The downsides (on the face of it) really are just the finishes in some rooms. But like any house, you’ll be putting your own stamp on it anyway, so that shouldn’t be an issue.

As for space, that’s down as being  a canopy entrance, a hallway with a wet room just off it, a large open plan living area with cedar woodwork and large feature sliding door to the outside space, a breakfast kitchen, utility room, inner hallway and bathroom (both with feature sky lights) and two double bedrooms with a dressing room to the master.

There’s a large garage space too, along with lawned gardens and a good-sized driveway.

The agent mentions its potential to create ‘a more versatile and larger living space’, but we hope someone runs with this and tries to maintain its period look.

Tags: 1960s, 60s, architecture, Cheshire, classic, design, Heaton Mersey, home, house, midcentury, property, retro, sale, single storey, sixties, Stockport, style, vintage
Love WowHaus? If you enjoy what you read or have benefitted from it and want to help with the growing costs of the site, you can always Buy Me A Coffee. Every penny genuinely helps. 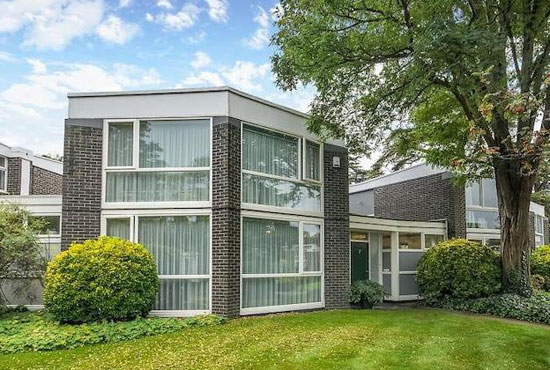 On the market: Four-bedroom Span House on the Templemere Estate, Walton-on-Thames, Surrey 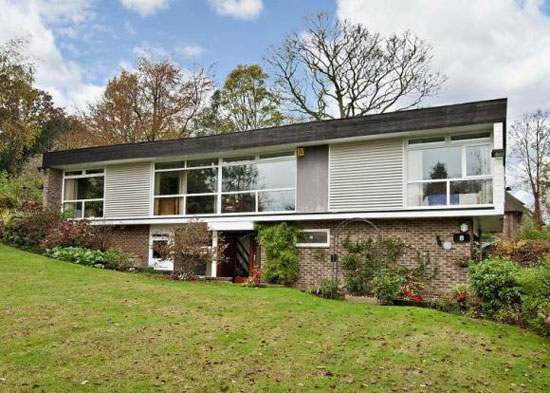 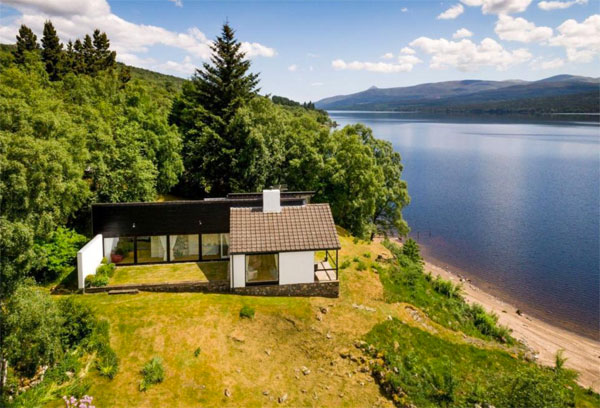 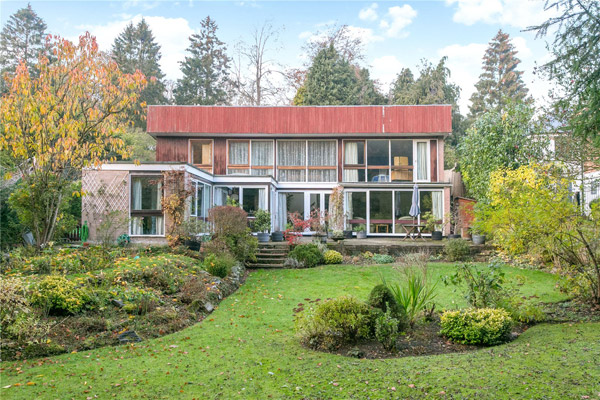