Modernism from the modern era, courtesy of this André Jacqmain-designed contemporary modernist property in Rhode-St-Genese, near Brussels, Belgium.

It’s a substantial place, but one that does come at a price. It sits on a plot of around 3,200 sq. metres, which is said to be ‘very private’ and in a suburb south of Brussels. It’s also close to transport facilities, should you need to commute further.

The exterior, which seems to be built into a slight incline, is rather stark, an angular grey exterior mixing with (almost) floor to ceiling glazing in the majority of rooms.

By contrast, the inside is bright and open, finished with more than a degree of luxury. Talking of luxurious finishes, it doesn’t get much better than having your own indoor pool, one that looks every bit as stylish as the rest of the house.

Talking of the rest of the house, it covers around 900 sq. metres, currently broken down into large reception rooms, a fully equipped kitchen, five bedrooms, four bathrooms, that indoor pool and a three-car garage, along with some nice terrace space outside.

Tags: André Jacqmain, architecture, Belgium, Brussels, contemporary, design, home, house, modernist, property, Rhode-St-Genese, sale, style
Love WowHaus? If you enjoy what you read or have benefitted from it and want to help with the growing costs of the site, you can always Buy Me A Coffee. Every penny genuinely helps. 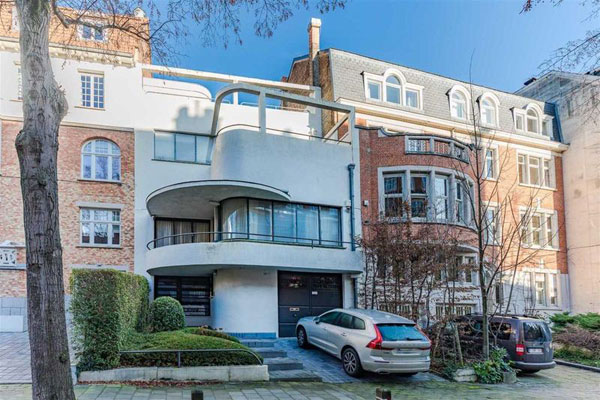 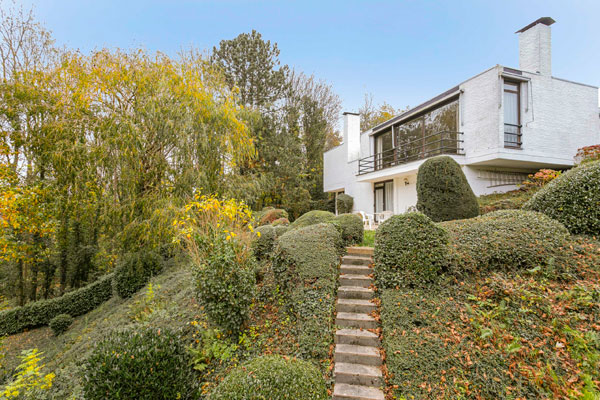 On the market: Four-bedroom 1970s modernist house in Oostkamp, near Bruges, Belgium