If a house is described as ‘the most important house built in Britain for years’, we’re very intrigued. Especially when this Eldridge Smerin-designed The Lawns contemporary modernist property in London N6 is on the market.

It was designed and built in 2000 and shortlisted for the Stirling Prize, British architecture’s highest honour, not long after. It is now offered for sale for the first time.

Situated on one of the best roads in Highgate Village, with views across treetops towards the City, the house is set behind cast-iron gates, with off-street parking for five cars and gardens designed by the renowned landscape designer Dan Pearson.

Eldridge Smerin’s design wraps around the core of an existing detached house built in the 1950s by Leonard Manasseh. The result is a building with ‘multiple layers’, not to mention double height space and lots of natural light. It’s also a house built for entertaining – it has apparently accommodated as many as 150 guests for a party and 60 for a sit-down meal. So if you have plenty of friends and family, it could be for you. High end finishes, as you might imagine, including oak and York stone, not to mention bespoke storage, custom-made fireplaces and a Bulthaup kitchen.

As for the layout, the lower ground floor, which can be independently entered, has two bedrooms with fitted wardrobes, a living room / bedroom, bathroom with shower and jacuzzi bath, separate WC, wine store and laundry room.

The ground floor features a glass atrium, set against the front of the 1956 house and with the main staircase, along with a living room, conservatory, dining room and kitchen all interconnecting (but can be closed off) plus a further laundry space, a study space and a garage, currently converted to be used as studio space.

The first floor has a master bedroom with dressing room and en-suite a second bedroom and a study / bedroom, while the second floor has a double-aspect studio with access to a south-facing terrace, mini Bulthaup kitchen, WC and library storage. Outside is the gardens previously mentioned, water feature, terrace, a lawn, white willow trees and mature borders. 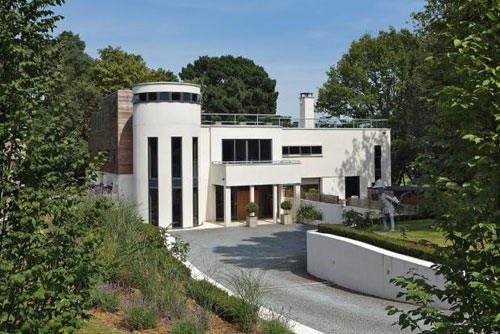 On the market: Modernist-style five-bedroom house in Woodbridge, Suffolk 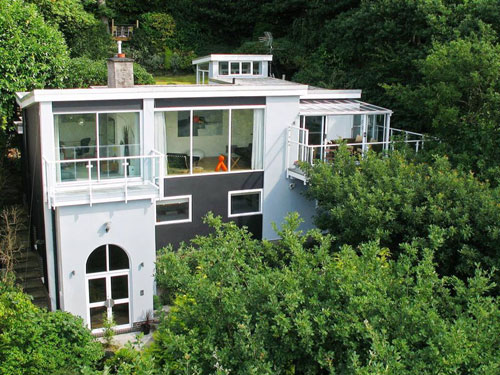 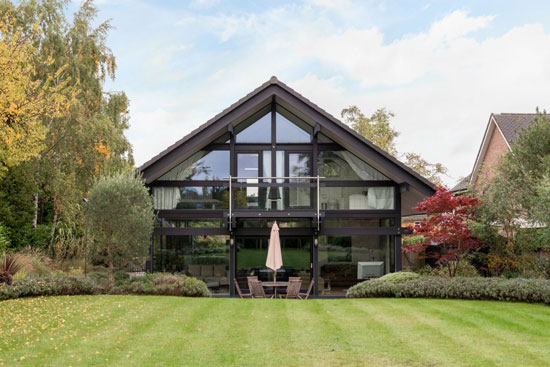 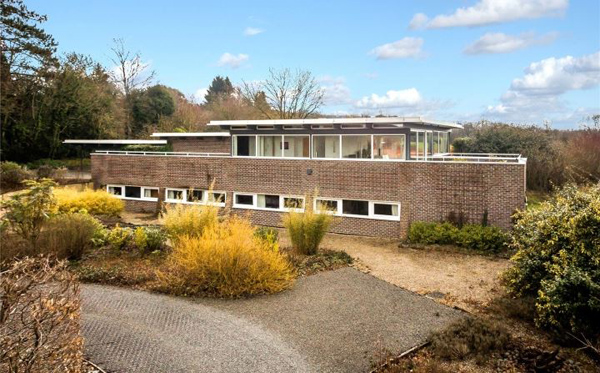