This 1960s Jack Viks-designed modernist property in Lake Forest, Illinois, USA is so authentic, it was used as a backdrop for a 1960s-themed US show fairly recently.

Not one you might readily know though. According to the listing, the NBC TV show ‘The Playboy Club’ was filmed here, but Wikipedia tells us that the show, which was set in 1961, was killed off after just three episodes due to low ratings. But it’s still a claim to fame if you move in here.

But that’s not the only appeal of this place. In fact, it’s the least of its appealing features. Just look at this house. That is the selling point here. Jack Viks was a student of Mies van der Rohe and this house is modernism that still looks way outside the mainstream 53 years on. That’s some achievement.

Saying that, this place is still very much the 1960s inside – hence its use as a backdrop for the TV show. Check out the bar, the office and of course, the freestanding fireplace and circular staircase. If you love the era, the inside sells it to you in buckets.

As for the basics, the house is a mix of brick, glass ‘walls’ and steel beams, sat in a private location near a golf club and with 2,962 sq ft of floor space to play with. That includes that huge open plan living space with wooded views all around, plus three bedrooms, three bathrooms. There’s also land (down as five acres sub-dividable into three separate lots) and a massive eight car garage. 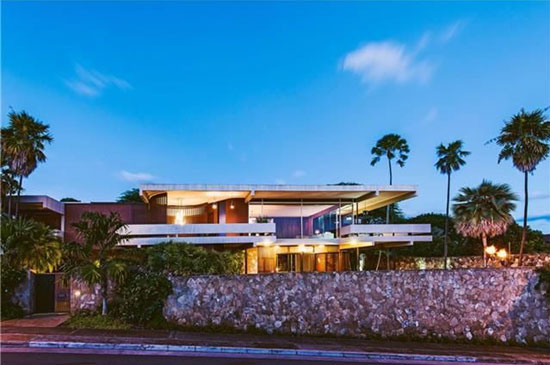 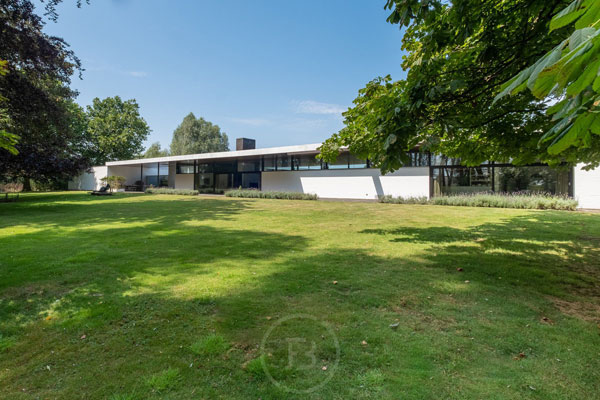 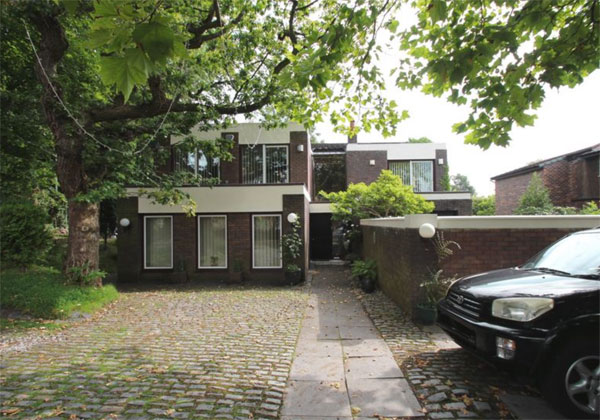 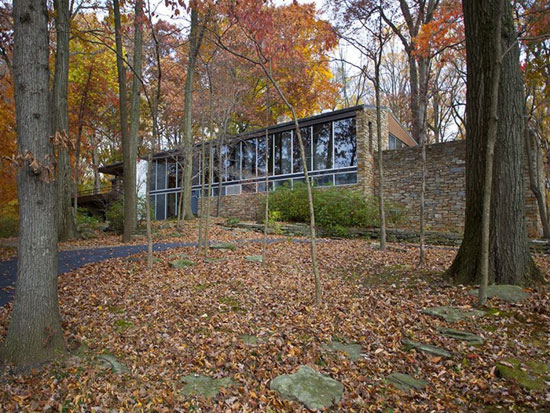