A house we featured some time back seems to be back on the market. With it, the Eric Ambrose-designed Gateway House in Worplesdon, Guildford, Surrey has had something of a price cut too. Not that this place is cheap now – far from it.

Described as a midcentury modern property, Gateway House, which sits in 2.5 acres of land and is in the sought-after village of Worplesdon, was designed by the renowned architect Eric Ambrose in conjunction with Scott Brownrigg Turner in the late 1950s. The architectural intentions and layout have largely been preserved from that era, although considerable modernisation inside has left a house that straggles the old and the new.

If that appeals, along with space and light, Gateway House should be for you. It’s a six-bedroomed house with an open outlook over the gardens, a large contemporary kitchen/family room, with direct access onto the sun terrace, a master bedroom suite with walk in wardrobe and a triple aspect living room. Outside, gardens surround the property on all sides, with electric gates opening onto a driveway giving access to garaging.

The large and private plot, which was formerly a crocus farm and borders on open woodland. There is also a detached double garage, tennis court and paved terrace as well as extensive lawns.

Check out the new agent’s listing, as a number of new images are now online if you want to see more. as for the price, that’s gone down from a previous £2,250,000 to a current price of £1,975,000. Like we said, still in the realms of fantasy for the vast majority of us.

Find out more at the Zoopla webiste

Tags: 1950s, 50s, architecture, classic, design, Eric Ambrose, fifties, Gateway House, Guildford, home, house, midcentury, property, retro, sale, style, Surrey, vintage, Worplesdon
Love WowHaus? If you enjoy what you read or have benefitted from it and want to help with the growing costs of the site, you can always Buy Me A Coffee. Every penny genuinely helps. 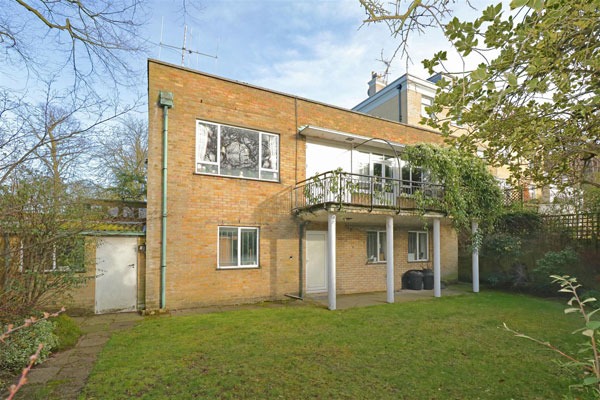 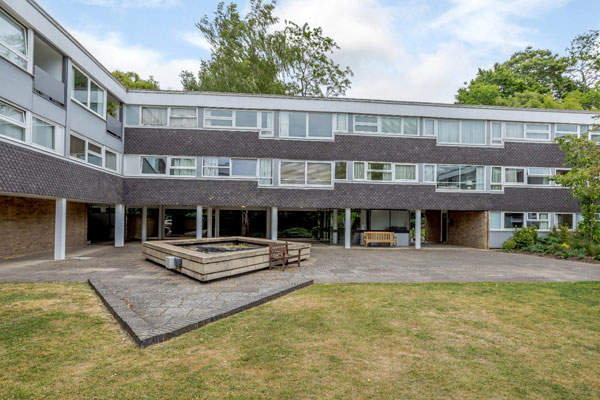 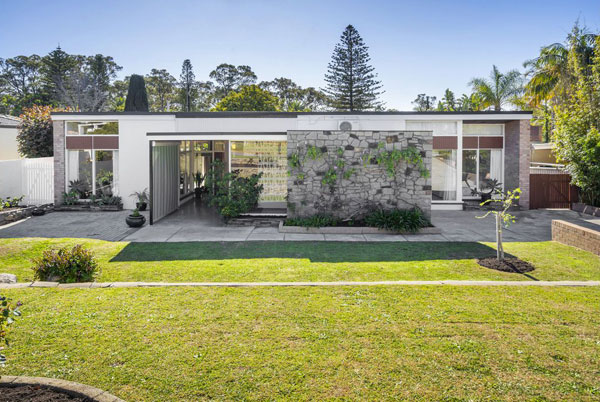