Not just a modern house, this 1960s Corrales and Molezún-designed midcentury modern property in Madrid, Spain is of particular historical and architectural interest. It also comes at a price.

But until that Lotto win comes in, we can dream. The house was designed by Jose Antonio Corrales and Ramón Vázquez Molezún in 1966, going by the name of Casa Huarte. It was the first modern house to be built in Spain at a time when Franco frowned upon new ideas in architecture. With that in mind, it was probably a brave build too.

Located near the university and said to have been influenced by the work of Frank Lloyd Wright, Casa Huarte is a substantial build and a house that looks to have barely changed in almost 50 years. That’s perhaps why it is also a heritage site in Spain, which should protect that integrity.

The house itself covers around 1,000 sq. metres, with a plot of around 2,500 sq. metres. The breakdown of the accommodation isn’t clear, but the listing talks about wide open spaces, which the images bear out. There are also 11 bedrooms in here, so with the living rooms, bathrooms etc, we reckon there will be 20+ rooms in total.

As we said, it’s hardly touched too. A glimpse of the shots show a distinctive shape, but also some amazing internal period features too, like the glazing, built-in shelving and storage, quirky fireplace, distinctive murals, circular staircases and the sculpture sitting in the grounds.

We’re blown away by this place and its condition, but there is a sting in the tail. The house is being sold privately, but it is not being sold cheap. You’ll need to make an offer in the region of €5,000,000 to secure it, which puts it out of all of our reaches. Unless, of course, those six numbers come up for you.

Tags: 1960s, 60s, architecture, classic, design, home, house, Jose Antonio Corrales, Madrid, midcentury, modernist, property, Ramón Vázquez Molezún, retro, sale, sixties, Spain, style, vintage
Love WowHaus? If you enjoy what you read or have benefitted from it and want to help with the growing costs of the site, you can always Buy Me A Coffee. Every penny genuinely helps. 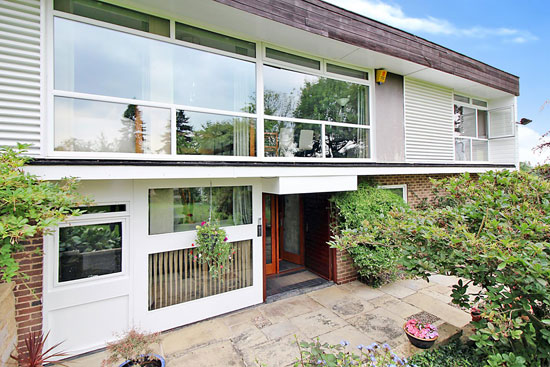 On the market: 1960s modernist property in Bramcote, Nottinghamshire 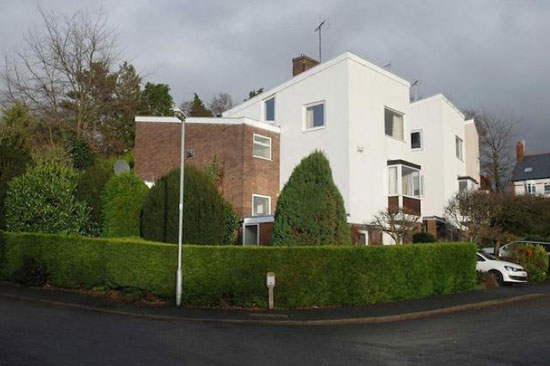 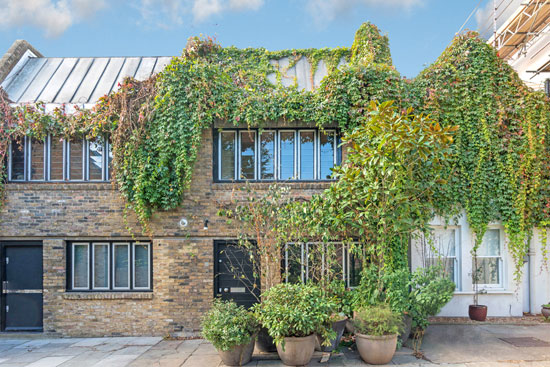 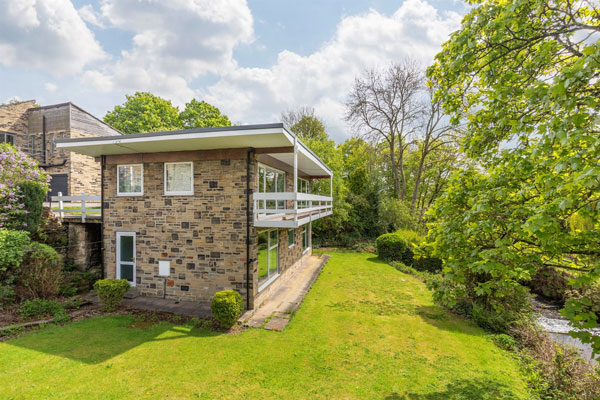