I’m guessing you are thinking ‘Span’, but this is a 1960s Bernard Ruggieri-designed terraced property in Shepperton, Middlesex.

It was actually designed and built in 1961, with the owners of the house moving in around 1962. As you might have guessed, that means a house with a good amount of originality, although judging by the images on the site, it also means a little bit of clutter too, which you might have to look past to appreciate this place.

Saying that, this isn’t some ’60s relic, work has been done, including the installation of sealed unit double glazing and an extension to the first floor, which boosts the master bedroom and adds a dressing room.

But the original, open plan, modernist design is still intact, with the main living area divided into three areas – a central staircase separating the dining and lounge areas, with a study to the side that can be partitioned off using bifold doors. There’s also a large Yorkstone open fireplace with copper chimney, which was once featured in Homes & Gardens magazine, according to the agent.

Go upstairs and you’ll find a central roof light over the landing, with four double bedrooms, each with built-in wardrobes, The guest room also has its own shower cubical, There’s also a family bathroom, along with a ground floor cloakroom.

Outside space, courtyard garden aside, includes a brick store/workshop, parking for three cars and a single garage. If you want it, £550,000 is the asking price.

Tags: 1960s, 60s, architecture, Bernard Ruggieri, classic, design, home style, house, Middlesex, modernist, property, retro, sale, Shepperton, sixties, vintage
Love WowHaus? If you enjoy what you read or have benefitted from it and want to help with the growing costs of the site, you can always Buy Me A Coffee. Every penny genuinely helps. 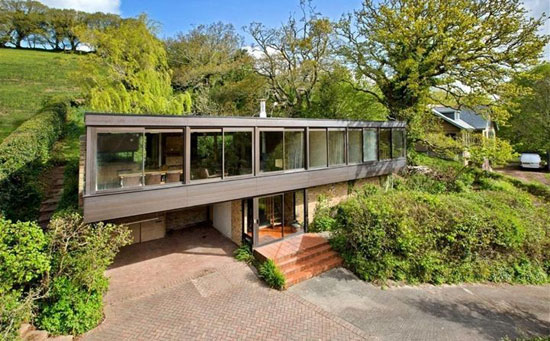 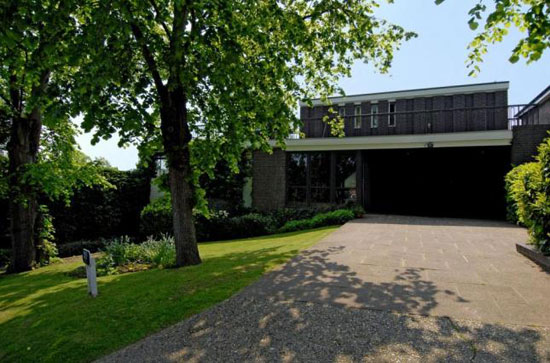 On the market: Five-bedroom 1960s modernist house in Loughton, Essex 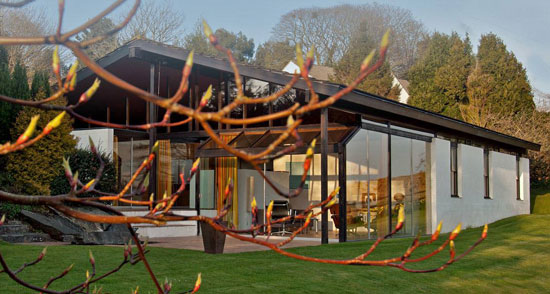 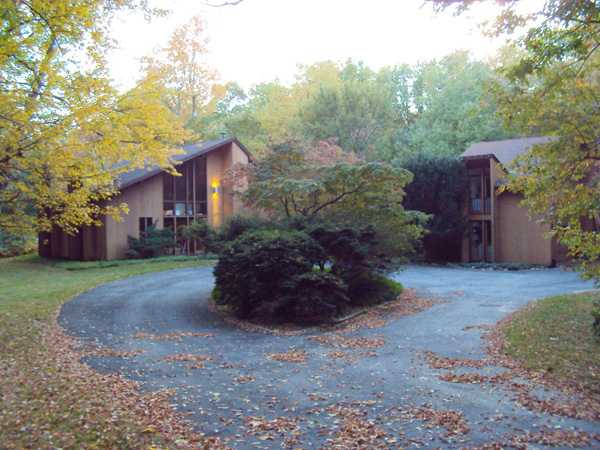