But let’s look at the house itself first, which goes by the name of Whiteleaf House and is pretty stunning, as well as being located around two miles out of Edinburgh city centre.

Obviously inspired by the first generation of modernism, this contemporary house (finished in 2011) is laid out over three floors and with a predominantly open plan design. It’s also packed with plenty of luxury – a kitchen with Corian work surfaces, a Quooker boiling water tap, walnut breakfast bar and integrated Neff appliances for example.

Elsewhere, you’ll find Porcelanosa tiling both internally and externally, under floor heating and a rotating Contura wood burning stove as well as a mix of Matki, Hans Grohe and Duravit bathroom fittings, a Home Cinema system and a top of the range Viessman boiler.

Externally, the grounds have been landscaped to offer extensive lawns to the east and south of the house, with the outside space also offering up drive space, remote controlled electric gates and a double garage with an electrically controlled door.

High end obviously, which means a high end price too. In this case, we’re talking offers around £2,500,000. Many more images on the agent’s website.

Tags: architecture, contemporary, design, edinburgh, Grange, home, house, modernist, property, sale, scotland, style, Whiteleaf House
Love WowHaus? If you enjoy what you read or have benefitted from it and want to help with the growing costs of the site, you can always Buy Me A Coffee. Every penny genuinely helps. 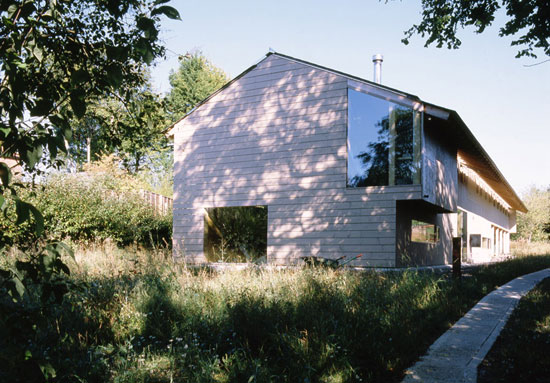 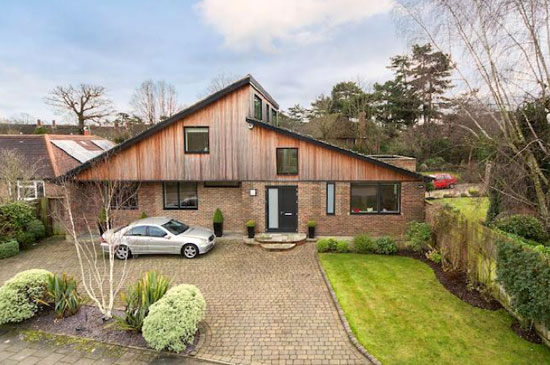 On the market: Four-bedroom contemporary modernist property in Pinner, Hertfordshire 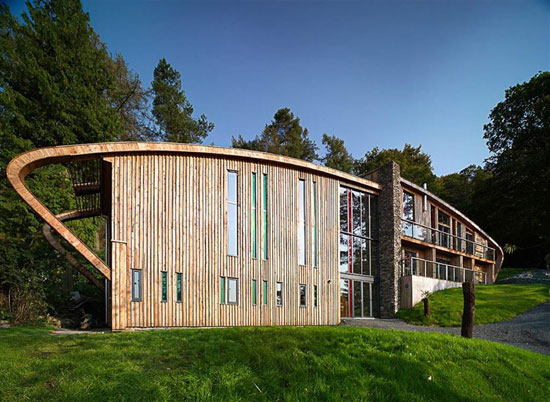